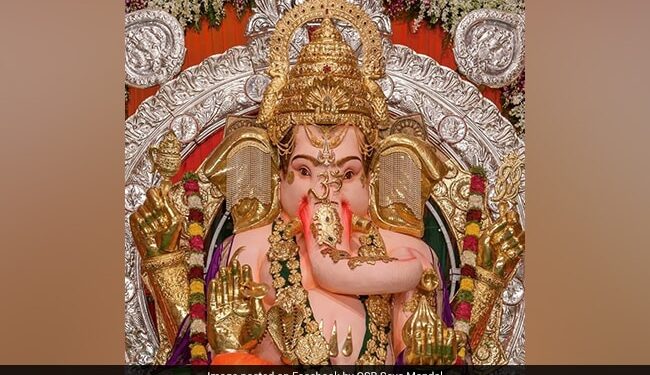 Ganesh Chaturthi Date: This year, the festival is celebrated on August 31. (File)

Ganesh Chaturthi is celebrated all over the country today. The most spectacular celebrations of the festival are seen in Maharashtra, Karnataka and Gujarat. Lord Ganesh, known as the remover of all obstacles, is first worshiped among all Hindu gods and goddesses.

Devotees believe that worshiping Lord Ganesh on Ganesh Chaturthi leads them on the path of knowledge and wisdom. It is said that praying to Lord Ganesh ends all troubles, hence he is also known as Vighnaharta and Vighneshwara.

The Pranapratishtha ritual is performed by a priest by chanting a mantra. Then 16 different rituals are performed – known as Shodashopachara puja. modaka popular sweet dumpling from Maharashtra, would be the favorite prasad of Lord Ganesha. modak and other sweets and fruits are offered to Lord Ganesh during the puja.

Ganesh Chaturthi is celebrated by singing and playing religious hymns, dancing to drum beats and preparing a delicious meal. The third main ritual of Ganesh Chaturthi is: Uttarpuja – that is about saying goodbye to Lord Ganesh. It is followed by Visarjan.

During Visarjan, Ganesh idols are taken in a street procession to nearby water bodies and submerged in water. In Maharashtra, during Visarjan procession, people sing”Ganapati Bappa Morya, Purchya Varshi Laukariya‘, which means ‘Goodbye Lord Ganesha, please come back next year’.