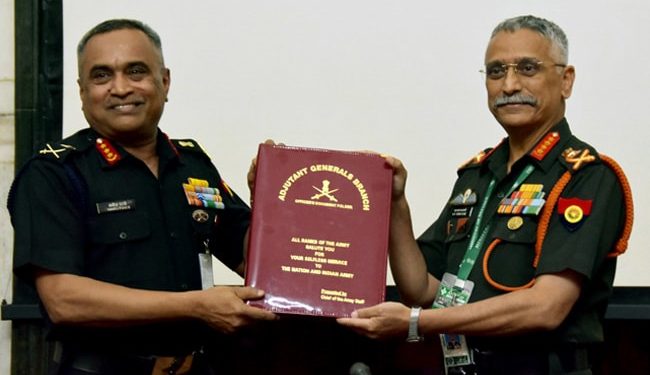 Serving as vice chief, Gen Pande became the first officer of the Corps of Engineers to lead the corps.

Before taking charge as Deputy Chief of the Army on February 1, General Pande headed the Eastern Army Command tasked with guarding the Line of Actual Control (LAC) in the Sikkim and Arunachal Pradesh sectors.

Gen Pande took charge of the Indian military at a time when India faces numerous security challenges, including along the LoC and LAC with Pakistan and China respectively.

As an army chief, he will also have to coordinate with the Indian Navy and the Indian Air Force on the government’s plan to roll out theater commandos.

The theater plan was carried out by General Bipin Rawat, India’s first Chief of Defense Staff (CDS), who was killed in a helicopter crash in December last year. The government has yet to appoint General Rawat’s successor.

In his distinguished career, General Pande also served as the Supreme Commander of the Andaman and Nicobar Command (CINCAN), India’s only tri-services command.

An alumnus of the National Defense Academy, he was commissioned into the Corps of Engineers (The Bombay Sappers) in December 1982.

Gen Pande has fulfilled several prestigious command and staff assignments in both conventional and counter-insurgency operations over all types of terrain.

He commanded an engineer regiment along the Line of Control during Operation Parakram in Jammu and Kashmir, an engineer brigade in the western sector, an infantry brigade along LoC and a mountain division in the high elevations of western Ladakh and a corps in the northeast. †