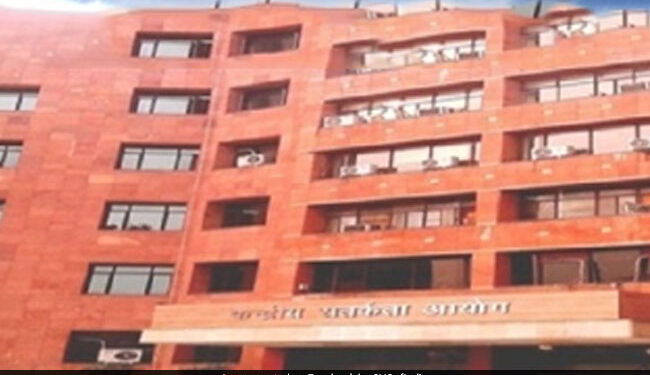 The CVC also raised a case of SIDBI that resulted in huge financial losses. (File)

Government agencies have not followed the advice of the Central Vigilance Commission to act against corrupt officials in as many as 55 cases, with the Ministry of Railways responsible for 11 such anomalies, according to an official report.

The Small Industries Development Bank of India (SIDBI), Bank of India and Delhi Jal Board each have four such cases and the Mahanadi Coalfields Limited has foreclosed on its employees in three such cases, CVC’s 2021 annual report said.

Two such cases of non-compliance with the integrity watchdog’s advice to punish the corrupt were by Indian Overseas Bank, Bank of Maharashtra, Madras Fertilizers Limited, Indira Gandhi National Open University and North Delhi Municipal Corporation (now part of the united Municipal Corporation of Delhi), it said.

The committee found that there were some significant deviations from its advice in 2021, the report said.

The CVC provided details of one such case, the CVC said. While working in various capacities, the then chief personnel officer amassed enormous wealth disproportionate to his known source of income at 138.65 percent.

“He was found responsible for not intimidating or not taking permission from the ministry according to existing standards about the purchase of assets and investments by him or his wife and accepting gifts from his relatives,” it said.

“The Commission submitted its first-stage opinion on 7 March 2012 to initiate serious criminal proceedings against the then Chief Personnel Officer. While the Commission was tendering its second-stage opinion, the Commission recommended that he be fined under the pension rules of the railway service.” the report said.

However, the disciplinary authority, the Railway Board (staff members), decided to close the case and stop the proceedings against the officer.

The CVC also raised a case of SIDBI that resulted in huge financial losses.

Between August 28, 2017 and November 27, 2017, officials working in the treasury and management of the bank placed a total amount of Rs 1,000 crore as fixed deposits with two interconnected private financial institutions in eight branches, the report said.

“By placing the aforementioned amount as deposit without requesting quotes to compare or negotiate interest rates with the institutions, the officials have violated the terms of SIDBI’s Manual of SOP (Standard Operating Procedure) for Treasury Operations,” it said.

During fiscal 2018, the officials allowed SIDBI’s deposits to be placed only with this particular financial institution without regard to the other deposit options available, the report said.

On the maturity date of the deposits, when the bank claimed its proceeds, despite repeated efforts, the claims were not honored by the financial institutions, the bank said.

As a result, the bank is exposed to a huge financial and reputation loss, the report said.

“The Commission advised two officials involved in the case to impose a severe sentence. The disciplinary authority has ‘exonerated’ both officials from charges deviating from the Commission’s advice,” it added.

“One of the Bank of India officials authorized the credit on the borrower’s current account and facilitated the private company to divert the fund to other non-borrowing banks, although the OCC (open cash credit) account of the company is irregular in the branch,” it sounded.

Subsequently, the borrowing company diverted the working capital funds through a private sector bank where they operated their current account.

“The borrowing company has also diverted the term loan funds to its subsidiary by submitting false/counterfeit invoices and transferring the money with a rogue intent to defraud the bank,” it said.

The Central Bureau of Investigation (CBI) had investigated the case and brought charges against one of the bank’s officials.

However, the bank declined to impose a sanction for prosecuting its employee, the report said.

While investigating cases received for advice, the commission said it found some serious and significant irregularities and deficiencies.

These range from the failure of part of the disciplinary authority to follow established procedures for consultation with the CVC and/or the Human Resources and Training Department in the event of disagreement, to delays in seeking advice and lack of knowledge or ignorance of rules and regulations in conducting disciplinary proceedings, it added.