Gujarat Day: This is how the day is celebrated this year 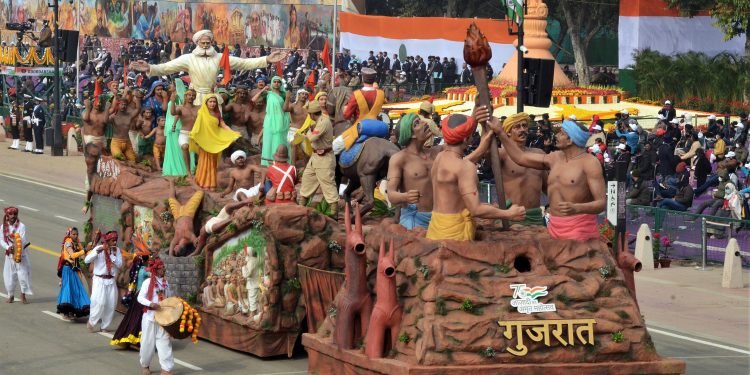 This year, the Gujarat Day celebrations will take place in Patan.

Gujarat Day is celebrated on May 1 to mark the establishment of Gujarat as a separate state. In 1960, two states – Gujarat and Maharashtra – were carved out of the state of Bombay. Since then, May 1 has been celebrated with great zeal and enthusiasm in both states.

Major events are organized to celebrate the culture, heritage and heritage of Gujarat. To mark the occasion, a state-level program is being organized. Usually these celebrations were held in the capital Ahmedabad, but this year it will take place in Patan.

A police parade and various cultural programs are planned for Gujarat Day this year. Motorcyclists from different wings of the state security apparatus will perform stunts. Preparations for the event are already in full swing.

Gujarat and Maharashtra were carved out as a result of the Bombay Reorganization Act, 1960. Both states were formed on the basis of linguistic lines. In the former state of Bombay, two main groups had sprung up, holding demonstrations and protests to demand a separate state for themselves. A majority of Gujarati speaking people settled in Gujarat.

Often described as the “Jewel of Western Indian”, Gujarat is a center of business and commerce.