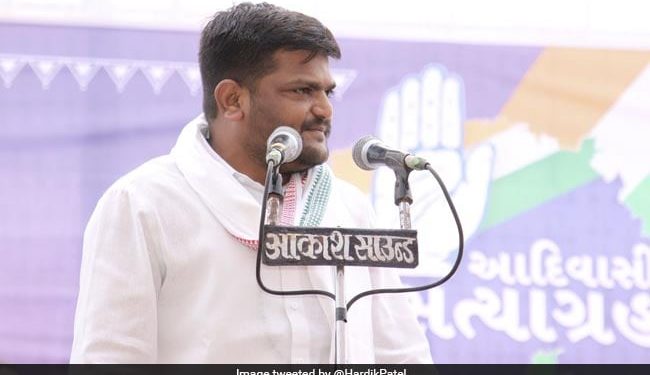 Hardik Patel, the acting president of the Congress in Gujarat, has removed the name of the party from his Twitter bio, which appears to signal his departure just months before the state elections.

In recent years, congressional leaders who have left the party have usually dropped the first hint by changing their Twitter bio.

The 28-year-old Patidar leader complains that he is being “ignored” by Congress and its top leaders in Gujarat. He even likened it to the feeling of a “groom forced into nasbandi (vasectomy)”.

However, he has so far denied that he is moving out of the party he joined in 2019.

Last month, Hardik Patel made his party bosses even more concerned when he went one step further and praised the BJP, saying, “Some things are good about the BJP and we have to recognize that.”

“With the recent decisions that the BJP has made politically, we have to accept that they have the strength to take such steps. I believe that without even taking their side or praising them, we can at least recognize the truth. If Congress wants to be strong in Gujarat, then we need to improve our decision-making skills and powers,” Hardik Patel told DailyExpertNews on April 22.

He insisted he was not in talks with the BJP. “No, there are no talks. I am not thinking about the BJP and I am not talking to the BJP. The discussion is about the people of Gujarat and for the benefit of the people and I must do something good for them.” he said.

Some reports suggest he has been in talks with Arvind Kejriwal’s Aam Aadmi Party (AAP), which presents itself as the better opposition in Gujarat compared to Congress.

“I’m not tilting in any direction. If there’s a lack of willpower, then there are many options for you. I’m not short of willpower and I will work for the benefit of the state. And if it must any decision in this regard take it, I’ll take it,” he said.

Hardik Patel led an agitation of the powerful “Patidar” community for quotas in Gujarat in 2015 and joined the Congress just before the 2019 national elections. The party scored in the 2017 Gujarat elections and presented a strong challenge to the ruling BJP, but the Patidar community did not support the party in the 2019 elections or local polls.