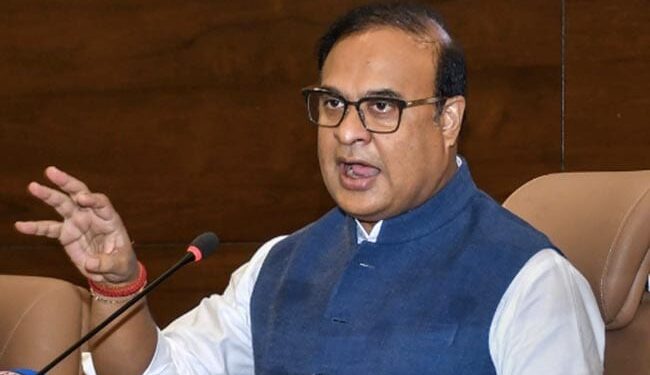 Assam’s Prime Minister Himanta Biswa Sarma has made a controversial statement on the “integration of Bangladesh” as the neighboring country’s Prime Minister Sheikh Hasina is on a diplomatic visit to India.

Mr Sarma responded to media inquiries about ‘Bharat Jodo Yatra’ of the Congress, as part of which Rahul Gandhi and other Congress leaders will travel 3,500 km, from Kashmir to Kanyakumari. The march is seen as a desperate attempt by Congress, hit by several high-profile exits, to rally support in the run-up to the 2024 general election.

“India is united. From Kashmir to Kanyakumari, Silchar to Saurashtra, we are one. Congress divided the country into India and Pakistan. Then Bangladesh was founded. When Rahul Gandhi apologizes that my maternal grandfather [Jawaharlal Nehru] made mistakes, if he regrets it, then ‘Bharat Jodo’ is of no use in Indian territory. Try to integrate Pakistan and Bangladesh and strive to create Akhand Bharat,” Sarma, a former congress leader who joined the BJP in 2015, said in a video tweeted by news agency ANI.

#WATCH | “India is intact. We are one nation. Congress disintegrated India in 1947. If Rahul Gandhi has any regrets that his grandfather made a mistake, there is no use of Bharat Jodo Yatra in India. Try Pakistan, Bangladesh and work for Akhand to integrate Bharat…”, says Assam CM. pic.twitter.com/W1ZbWV4rOG

‘Akhand Bharat’ is an idea of ​​the Rashtriya Swayamsevak Sangh, the ideological parent of the BJP, under which an ‘undivided India’ includes Pakistan, Bangladesh, Nepal, Sri Lanka, Bhutan, Afghanistan, Tibet and Myanmar.

“India is our friend. Every time I come here it is a pleasure for me, especially because we always remember the contribution India made during our liberation war. We have a friendly relationship, we work together,” said the Prime Minister of Bangladesh. That is what the minister said yesterday.