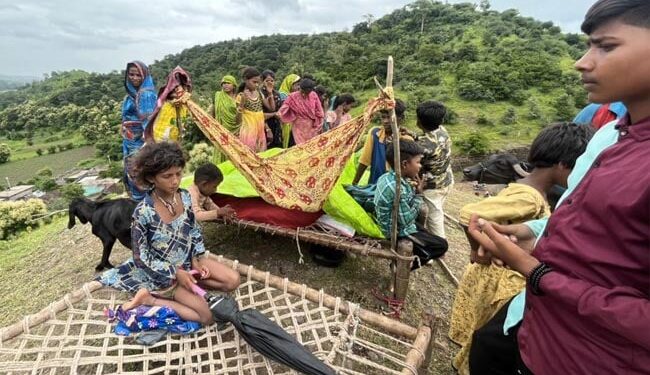 The under construction dam to be built on Karam River in Dhar . district

Madhya Pradesh has averted major disaster in the tribal-dominated districts of Dhar and Khargone as a rupture in the Karam Dam was reported last week that threatened a flood.

Villagers, who were transferred to relief camps after a warning of the dam collapse, returned to their homes on Sunday after the water drained through a canal.

In 1979, the failure of the Machchhu Dam or the Morbi disaster in Gujarat claimed 1,000 lives, according to government figures. But 42 years later, a similar disaster was averted in Madhya Pradesh. It not only saved the dam from collapsing, but also prevented at least 18 villages from being washed away by sudden and devastating floods.

Also members of NDRF and SDRF teams honored by the state government at the Independence Day special event near the dam.

“The joy of saving lives and the dam is unparalleled. We forgot to sleep and eat for about 36 hours and were not afraid of losing our own lives as our ultimate goal was to create the parallel channel for the outflow of water from The dam has played a key role in saving lives and the dam makes us feel proud and happy,” machine operator Sanjay Kumar Bharti, a resident of Muzaffarpur in Bihar, told DailyExpertNews.

The under construction dam being built in Karam River in Dhar district since 2018 had developed leakage during the first test of massive rain on Aug. 11.

Government officials from Dhar and Khargone districts, as well as senior administrative and police officials from Indore and teams of experts from Bhopal, in addition to three ministers, have camped on the dam since Aug. 11.

Chief Minister Shivraj Singh Chouhan monitored developments from the Situation Room in Bhopal and sat there for nearly 21 hours during the operation.

Mr. Chouhan left the situation room in Mantralaya at 2 am on Saturday and was back there early Sunday morning. He also discussed the situation in a telephone conversation with Prime Minister Narendra Modi, Union Home Minister Amit Shah and Jal Shakti Minister Gajendra Singh Shekhawat.

He also had a meeting with Vivek Tripathi, a member of the Dam Security Service, and a detailed plan was drawn up.

“Until Saturday, there was a situation of release of about 10 cumecs, which was successfully increased three and a half times to 35 cumecs. The whole action was taken with the safety of life and property in mind. Once the drainage started, became the earthen wall, it was expected that it would widen and more water would drain, but until the afternoon the expected amount of water did not drain because of the side wall. Subsequently, the creation of a completely safe environment was started by using as much water as possible as quickly as possible. from the dam,” Chief Minister Chouhan revealed how the operation was progressing.

From 9 pm on Saturday, water started to come out of the bypass channels. On Sunday, around the same time, Mr Chouhan announced: “The crisis is now over for all 18 villages. Successfully addressing the situation created by the Karam Dam leakage is an excellent example of excellent disaster management.”

Due to the hard work of all the heroes of Operation Karam in three days, the water that was 15.49 MCM on Thursday came to 2.93 MCM on Sunday night.