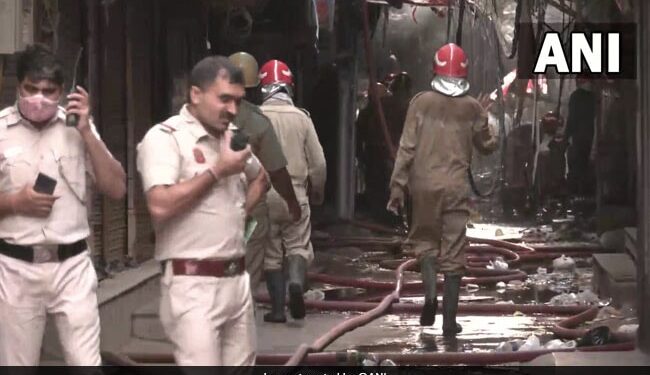 No one was injured and no one is trapped inside, the Delhi fire service said.

A massive fire broke out in Delhi’s Karol Bagh district on Sunday.

The fire broke out at the Gaffar market in Karol Bagh. No fewer than 39 fire engines arrived at the scene urgently. The fire is under control. Delhi police personnel also attended the scene for information.

According to the Delhi fire service, no one is locked up and no injuries have been reported so far.

The cause of the fire has yet to be determined.