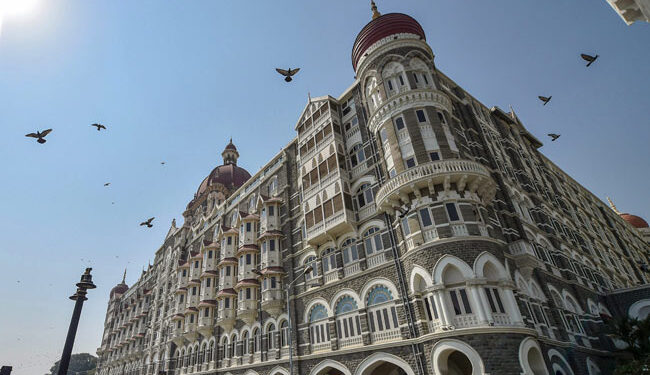 Karambir Kang, who was the general manager of the Taj Hotel in Mumbai when the 26/11 terror attacks took place in Mumbai, called on the international community to act against terrorism and seek justice for the victims killed in the attack. left.

Speaking at the first UN Congress of Victims of Terrorism to pay tribute to the victims around the world, Karambir Kang shared the painful memories of the 26/11 attack when he lost his family – his wife and two young children. sons.

“The whole world watched in horror as 10 terrorists attacked my country, my city and my hotel, the Taj Mahal hotel in Mumbai where I was the general manager. During the tragedy that lasted three long days and nights, more than 34 past lives lost,” said Mr. Kang.

Karambir Kang was the general manager of the Taj Hotel in Mumbai when the 26/11 terror attacks took place in Mumbai.

His comments during the “Call to Action” yesterday at the opening of the 1st Global Congress of #VictimsofTerrorism at the UN, New York. pic.twitter.com/rd9lsJgYYQ

“My wife and two young sons were unable to escape and died in the attack, I lost everything. Armed only with courage and the deeply rooted culture of the family, which the TATA and Taj group stand for, I lost everything. we lost many brave colleagues and this heroic act saved thousands of lives that night,” he added.

Mr Kang went on to say that while the terrorists who entered the hotel met their fate, the people who planned it and organized the attack remain free.

“While our company and staff have received global awards, we have spent 14 long and painful years trying to seek justice.”

He said: “Today I call on the international community to work together to seek justice nationally and across borders. As our own act of resistance to terrorism, we have opened the hotel that was completely destroyed in 21 days.”

“Member States must join us in ensuring that there are no safe havens for terrorists so that these heinous crimes do not have room to take root,” concluded Mr Kang.

The UN’s first Global Congress of Victims of Terrorism will be held from September 8-9 to pay tribute to the victims of terrorism around the world, including the victims of the 26/11 Mumbai terror attack.

This congress provides victims of terrorism with a platform to directly share experiences, challenges, stories of their resilience and contributions to society in a socially connected environment.

“Starting tomorrow @UN The 1st #UN Global Congress of Victims of Terrorism, September 8-9, will pay tribute to victims of terrorism around the world, including the victims of the 26/11 Mumbai terror attacks,” India tweeted at the UN.

According to the UN, the Congress will introduce the public to good practices from member states and civil society, while ensuring that victims’ voices are heard and their experiences shape the way forward in their own countries and across borders.

The inauguration of the World Congress will include high-level participation, including UN Chief Guterres, Under-Secretary-General for Counter-Terrorism Vladimir Voronkov, the co-chairs of the Group of Friends of Victims of Terrorism, the Republic of Iraq and the Kingdom of Spain and other senior representatives of the United Nations and the international community, an official statement said.

The Global Congress program consists of six overarching themes that reflect the rights and needs attributed to victims of terrorism.