In Video: Man Arrested for Wearing $13,000 Hiding in Turban 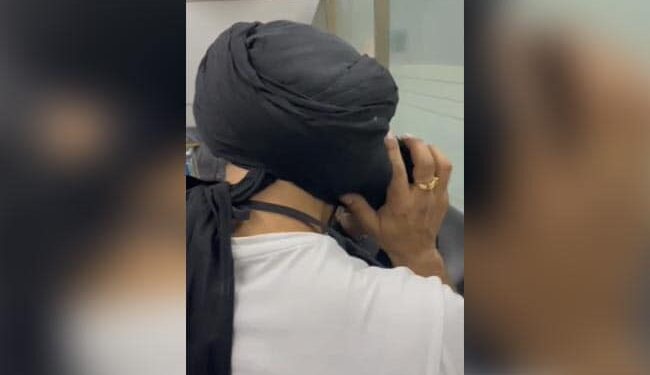 Customs officers at Kolkata Airport in West Bengal arrested three people on Tuesday and recovered $42,000 from them. One of the suspects was carrying $13,000 by hiding banknotes in the folds of his turban.

A video from the site shows a man unraveling a black-colored turban, extracting fresh dollar bills and handing them over to customs.

The remaining $13,000 was hidden in the turban of one of the suspects.

Customs confiscated the US dollars and arrested the three suspects under the Customs Act.