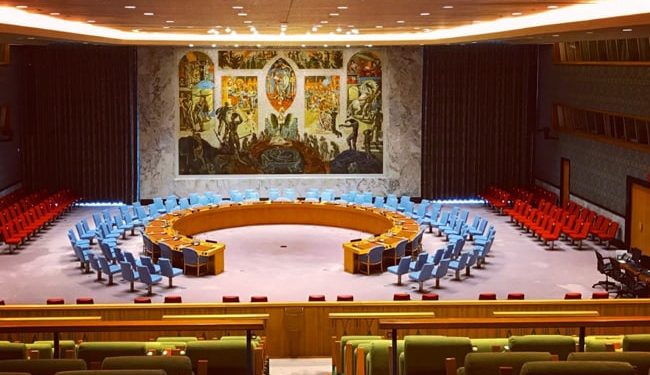 The five permanent members are Russia, the UK, China, France and the United States. (File)

At a special meeting of the House Assembly of Saint Vincent and the Grenadines here on Thursday, Kovind, the first Indian head of state to visit this Caribbean island nation, said that multilateralism is more relevant in today’s interconnected and interdependent world than it ever was. in our shared history.

The topic of the meeting was “India and Saint Vincent and the Grenadines – Towards an Inclusive World Order”.

Multilateralism should be used as a tool to promote strong, sustainable, balanced and inclusive growth in all nation states. However, for multilateralism to remain relevant and effective, institutions must be reformed, he said.

Structures and institutions that emerged after the two world wars focused on one major problem: the prevention of another world war. To tackle today’s complex issues, the new world order we are trying to build must be an inclusive world order, in which every country can express its legitimate interests, he said.

“This can only happen through a comprehensive and better-designed system of representation in key global institutions,” he said, adding that India’s goal in advocating for an inclusive world order is to create a universal, rules-based, open, transparent, predictable, non-discriminatory and equitable multilateral system.

“The need of the hour, therefore, is reform of global institutions, with the UN Security Council at its core, to reflect contemporary global realities. He noted that on this issue,” he said, adding that India and St. Vincent and the Grenadines share a common interest, approach and understanding.

Currently, the UN Security Council consists of five permanent members and ten non-permanent member states who are elected for a two-year term by the United Nations General Assembly.

The five permanent members are Russia, the UK, China, France and the United States and these countries can veto any substantive resolution.

In September, the G4 countries of India, Brazil, Germany and Japan underlined the urgency of reforming the Security Council to make it more legitimate, effective and representative by reflecting the realities of today’s world, including developing countries and major contributors.

In January 2021, India joined the UN Security Council as a non-permanent member for a two-year term and has spearheaded years of efforts to reform the powerful 15-nation UN body, saying it is right to deserves a place as a permanent member of the Council, which in its current form does not represent the geopolitical realities of the 21st century.