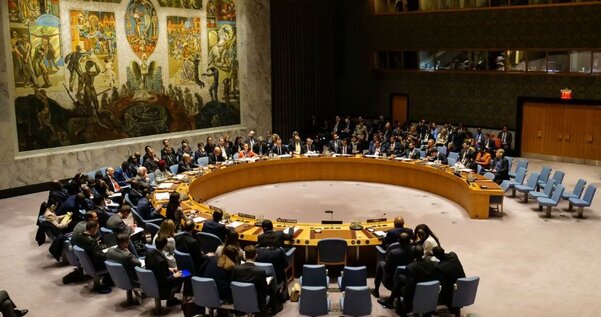 India and France have traditionally had close and friendly relations.

India and France held talks on the UN Security Council on Tuesday and agreed to strengthen ongoing cooperation on the multilateral platform on issues of mutual interest, according to the statement from the foreign ministry.

Prakash Gupta, Joint Secretary (UN Politics) headed the Indian delegation, including officials from the Embassy of India in Paris. Meanwhile, the French delegation was led by Ambassador Fabien Penone, Director for International Organisation, Human Rights and Francophonie of the French Ministry for Europe and Foreign Affairs (MEAE), along with other senior officials.

In line with the strategic partnership between India and France, the two sides held an in-depth exchange of views on various thematic and country-specific issues on the agenda of the UN Security Council. Both sides agreed their ongoing cooperation on the multilateral platform on issues of mutual interest, including counter-terrorism, UN peacekeeping and reformed multilateralism,” the statement read.

Both sides had briefed each other on their priorities during the forthcoming presidencies of the UN Security Councils of France and India in September and December 2022 respectively. They also held discussions on High-Level Week initiatives of the upcoming 77th session of the General Assembly of the UN in September 2022, the statement said.

India and France have traditionally had close and friendly relations. In 1998, the two countries entered into a strategic partnership symbolic of their convergence of positions on a range of international issues, apart from a close and growing bilateral relationship.

The two countries have a burgeoning economic relationship. French companies and industry have forged links with the Indian economy, contributing significantly to our goal of becoming an Atmanirbhar Bharat.

There are more than 1000 French companies in India in diverse sectors such as Defense, ITES, Consulting, Technical Services, Heavy Industry et al. France is the 7th largest foreign investor in India with a cumulative FDI stock of USD 9 billion as of April 2, 2000 to December 2020, representing 2 percent of the total FDI inflow in India.

The 18th meeting of the Joint Economic Committee, which took place virtually between the two countries on 27 November 2020, led to the signing of a bilateral ‘Fast Track Mechanism’ for investors. The first meetings took place on February 16, 2022 between E/I, Paris and the French Treasury and on February 25, 2022 between Secretary, DPIIT and the French Ambassador, in Paris and Delhi respectively.

Trade and Industry Minister Shri Piyush Goyal also held a virtual conference for French companies in February 2021, during which Invest India set up a dedicated counter for investor inquiries. In recent EU-level interactions, India has pushed for an early harvest trade deal while working towards a comprehensive free trade agreement.