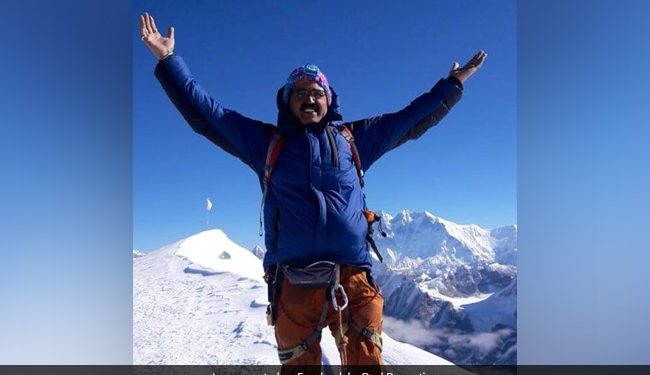 Narayanan Iyer is the third climber to die in Nepal this year.

An Indian climber has died in Nepal near the top of the world’s third-highest peak, expedition organizers said Friday, the third fatality from this year’s busy Himalayan spring climbing season.

Narayanan Iyer, 52, died Thursday at an altitude of 8,200 meters, near the top of Mount Kanchenjunga.

“He was slower than others and we had two guides standing by him. He was very exhausted, couldn’t go any further and collapsed,” Nivesh Karki of forwarding company Pioneer Adventure told AFP.

Karki said Iyer’s family had been notified and the company is working out details for his body’s recovery.

Nepal has issued 68 permits to foreign climbers for the 8,586-meter high Kanchenjunga this season, and several have reached the summit on Thursday.

Iyer is the third climber to die in Nepal this year.

Last month, a Greek climber on the 8,167-meter-high Dhaulagiri died after falling ill while descending.

Home to eight of the world’s highest peaks, Nepal usually attracts hundreds of adventurers during the spring climbing season, when temperatures are warm and winds are typically calm.

The country only reopened its peaks to mountaineers last year after the pandemic shut down the industry in 2020.

But as coronavirus cases dwindle, expedition operators in Nepal are hoping for a busier climbing season this year.

The government of Nepal has already issued permits to 918 mountaineers for the season, including 316 for Mount Everest.