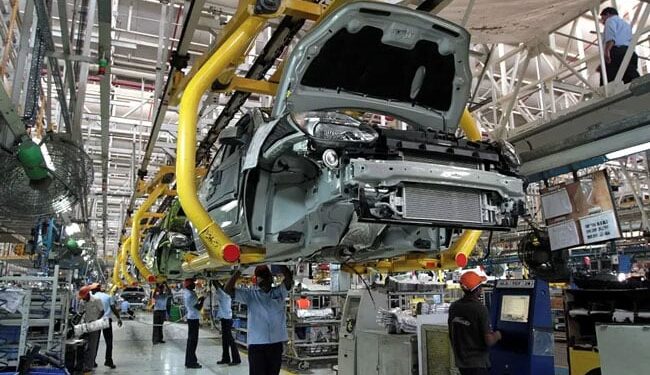 As the conflict in Ukraine affects global GDP, India is projected to grow by 6.4 percent in 2022, slower than last year’s 8.8 percent, but still the fastest growing major economy, with higher inflationary pressures and an uneven recovery of the labor market. private consumption and investment, according to a UN report.

The United Nations Department of Economic and Social Affairs said in its World Economic Situation and Prospects (WESP) report released Wednesday that the war in Ukraine has disrupted the fragile economic recovery from the pandemic, sparking a devastating humanitarian crisis in Europe. increasing food and raw materials. prices and rising inflationary pressures worldwide.

According to the report, the outlook in South Asia has deteriorated in recent months, amid the ongoing conflict in Ukraine, higher commodity prices and possible negative spillover effects from monetary tightening in the United States.

Regional economic output is expected to grow by 5.5 percent in 2022, which is 0.4 percentage points lower than the forecast released in January.

India, the region’s largest economy, is expected to grow at 6.4 percent in 2022, well below its 8.8 percent growth rate in 2021, as higher inflationary pressures and uneven labor market recovery will curb private consumption and investment. ” it said.

India is expected to grow 6 percent in fiscal year 2023.

He said that “India” is in a “little” better position in that sense because it did not have to aggressively push for monetary tightening compared to other countries in Latin America.

India’s projected growth for 2022 is 6.4 percent, a downward revision of 0.3 percent from January.

“We expect the Indian recovery to remain strong in the near term, over the next two years, but again, we cannot completely rule out the downside risk that could come from external channels. So that risk is still there,” he said.

The report added that higher prices and shortages of agricultural inputs, including fertilizers, are likely to persist in the region, negatively impacting the agricultural sector in Bangladesh, India, Pakistan and Sri Lanka.

“This is likely to result in weaker crops in the short term and put further upward pressure on food prices,” the report said.

It said that along with higher energy prices, increased food prices are likely to increase food insecurity across the region. Consumer price inflation in the region is expected to accelerate to 9.5 percent in 2022, from 8.9 percent in 2021.

“The pandemic has left many countries with large budget deficits and higher and unsustainable levels of public debt. Sri Lanka is currently facing a debt crisis and is discussing a new IMF-backed program to get its economy out of the crisis,” it said.

The cuts in growth prospects have been broad-based, including the world’s largest economies – the United States, China and the European Union – and most other developed and developing economies, it said.

Growth prospects are weakening, especially in emerging economies that import commodities, due to higher energy and food prices. The outlook is exacerbated by rising food insecurity, especially in Africa, it added.

Growth forecasts for the United States, the European Union and China have been revised downwards, with the European Union registering the most significant downward revision. The European Union economy – most directly affected by power disruptions from the Russian Federation – is now projected to grow by 2.7 percent in 2022, up from 3.9 percent forecast in January.

“The war in Ukraine – in all its dimensions – is triggering a crisis that is also devastating global energy markets, disrupting financial systems and exacerbating extreme vulnerabilities for developing countries,” UN Secretary-General Antonio Guterres said.

“We need swift and decisive action to ensure a steady flow of food and energy into open markets, by removing export restrictions, allocating surpluses and reserves to those who need them, and by limiting food price increases to to calm market volatility,” he said.