Jet Airways plan to pull out of bankruptcy is in tatters: report 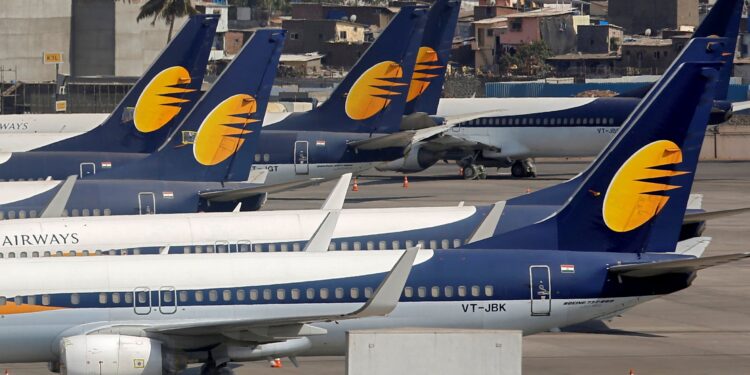 Once India’s largest private airline, Jet ceased flying in April 2019 after running out of money.

Jet Airways creditors and the company’s new owners are deadlocked over a resolution plan to bail the airline out of bankruptcy, leaving the airline’s future in limbo, according to sources.

Creditors can approach the Department of Aviation for permission to liquidate Jet’s assets if no resolution emerges at a critical court hearing Tuesday, a senior banker said.

“There have been too many delays… there are concerns that the resolution plan is falling apart, so we are looking to see if we can at least get something out of this deal through the liquidation route,” said the banker, who has direct knowledge of the matter , said.

The resolution plan is binding on all parties involved and was approved by the bankruptcy court, a spokesperson for Jet’s new owners said in a statement.

We are working “closely” with Jet’s former backers to implement this plan, and remain “fully committed” to getting Jet Airways off the ground, it added.

State Bank of India, the lead lender in the consortium of creditors, declined to comment. The court-appointed settlement professional overseeing the case did not immediately respond to an email request for comment.

Jet, once India’s largest private airline, ceased flying in April 2019 after running out of money and was sued in bankruptcy court by creditors owed about 180 billion rupees ($2 billion).

Last June, a restructuring plan was approved by the National Company Law Tribunal (NCLT) and the airline is set to resume operations in the first quarter of 2022 under its new owners – a consortium comprising London-based Kalrock Capital and UAE-based businessman Murari. Lal Jalan.

However, disagreements between the company’s new owners and backers over the plan threaten to derail Jet’s recovery.

Lenders believe that Jet needs about 10 billion rupees in capital to fully run its business, but it has failed to bring that amount to the table, the bank source said.

“So far they have only shown that they have received bank guarantees worth 1.5 billion rupees and about 200 million cash, which is not enough to carry out the operations,” he added.

However, another source close to the airline said that Jet has met all the conditions of the resolution plan and that the creditors’ committee has also exercised due diligence on the ability of the Jalan-Kalrock consortium to inject funds.

The 10 billion rupees will be injected into the carrier over a period of two years and 2.7 billion must be paid immediately to banks and other creditors, the person added.

By not approving the resolution plan, creditors are causing unnecessary delays, said a source close to Jet.

“The reason we can’t trust the consortium (of Jet’s new owners) is because we don’t think they’re fully invested in the resolution plan,” said a banker at another creditor bank.

“They don’t seem to have much skin in the game, instead they want banks to do all the work,” he added.