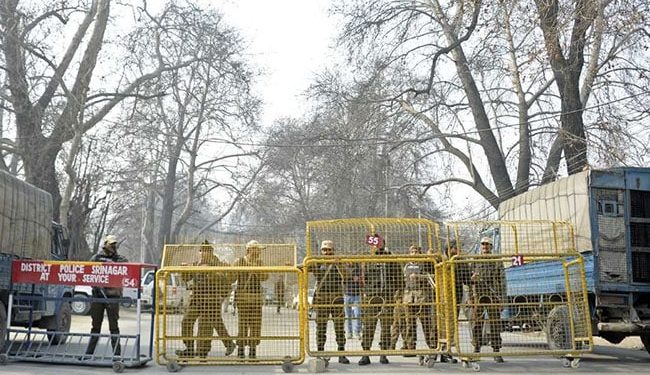 The official said the searches were conducted at ‘The Kashmir Walla’ office in Rajbagh.

The Jammu and Kashmir State Investigation Agency (SIA) arrested a doctoral student from the University of Kashmir on Sunday for a “highly provocative and inflammatory” article in an online magazine, an official said.

Abdul Aala Fazili was arrested from his hometown of Humhama when the SIA carried out house searches at several locations in the city as part of its crackdown on terror and anti-national networks, the official said.

The SIA, in charge of investigating and prosecuting terror-related cases, carried out the searches in connection with an FIR registered under various sections of the Law for the Prevention of Illegal Activities and the IPC against Fazili and the editor and other employees of monthly digital magazine ‘The Kashmir Walla’, the official said.

The official said the searches were carried out at the office of ‘The Kashmir Walla’ in Rajbagh and the residences of Fazili in Humhama and arrested editor Fahad Shah in Soura.

“The search teams seized incriminating evidence, including material on computers, laptops and other digital devices,” the official said.

The official said Fazili’s article entitled ‘The shackles of slavery will break’ is “highly provocative and incendiary and intended to create unrest in Jammu and Kashmir, and was written with the aim of inciting youth to walk the path of violence by glorifying terrorism”. It also “promoted and promoted the false narrative, which is essential to support a secessionist-cum-terrorist campaign aimed at breaching India’s territorial integrity.”

“The article used prescriptive language for educational purposes and encouraged secessionist elements to carry out terrorist activities,” the official said.

The official said the repeated reference to the rhetoric of freedom and terror outfits makes it abundantly clear that the article is not mere propaganda. “It is rather the articulation of the Pakistani ISI and the vision of its sponsored terrorist secessionist networks.” The official said that the central government paid Fazili Rs 30,000 per month for five years until March 2021 through the Maulana Azad National Fellowship so that he can support himself and complete his PhD at the University’s Department of Pharmaceutical Sciences.