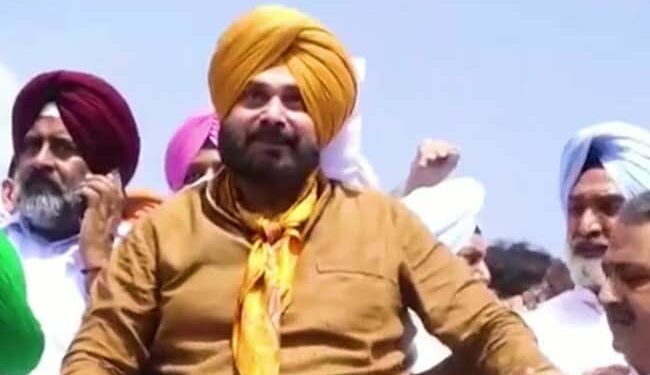 Cricketer politician Navjot Singh Sidhu explained today how his talks with the Aam Aadmi party fell through and said there was no ticket for him. During their meeting, party chief Arvind Kejriwal only wanted him to “campaign”, he said, adding: “How can I change the system without being in the system?”

“Kejriwal didn’t even want me to run in the MLA elections. He said you are campaigning, we will force your wife to fight for the elections, and make her the minister,” he said, describing the AAP chief as “uncertain” stated.

Kejriwal, he said, sent party leaders Durgesh Pathak and Sanjay Singh to his house to recruit him. “I didn’t meet them. My wife insisted you meet. I met and asked them, ‘What have you got? Should I leave Rajya Sabha? Do you have Rajya Sabha?'”

They decided to hold a meeting and Mr Sidhu went to Mr Kejriwal and was told that his role would only be campaign.

“Imagine a four-time MP goes to him and says I have come for Punjab. And then Chhotepur (AAP’s Punjab convenor Sucha Singh Chhotepur who was later fired) goes out into the open and says that Bhagwant (Mann) told him (whether he is right or wrong, Chhotepur will tell) that if Sidhu comes, ‘our markets will close,'” he added.

Even after joining Congress, there have been periodic reports of AAM and Mr. Sidhu warming each other up.

Mr Sidhu’s tweets on AAP last year had sparked speculation about whether he will join the party. In a couple of tweets, the Congress leader said that AAP has always “recognized my vision and work for Punjab” and knows who is really fighting for the state.

“Our opposition AAP has always recognized my vision and work for Punjab. Whether before 2017 – Beadbi, Drugs, Farming Issues, Corruption and Power Crisis facing people in Punjab, addressed by me or today as I ‘Punjab Model It’s clear they know – who is really fighting for Punjab,” read a post.

Later, another message clarified that it was meant to be sarcasm towards the Congress’ Punjab rival and that he actually buried his disagreements with Amarinder Singh.

Mr Singh clarified that Mr Sidhu is not going to AAP, and he had confirmed this with the man who should have started the talks – election strategist Prashant Kishor.