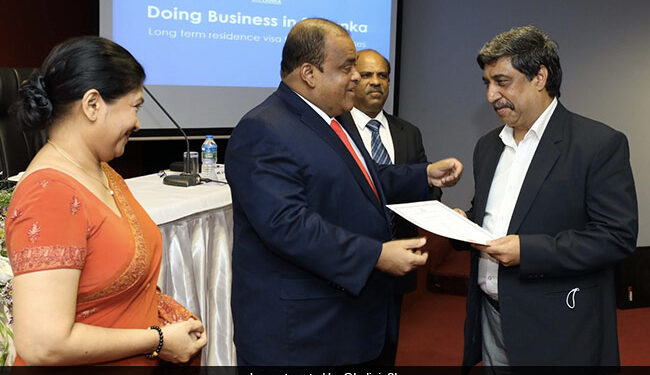 Sri Lankan minister Dhammika Perera handed over five-year visas to Indian business leaders on the island to promote investment in the country.

On Twitter, India’s High Commission in Sri Lanka said: “Dear Minister @_dhammikaperera handing over 5-year visas to #Indian business leaders in #SriLanka!! This is a welcome step in increasing the ease of doing business and promoting investment in Sri Lankan.”

On June 3, Mr Baglay handed over a total of 3.3 tons of essential medical supplies to the 1990 Suwaseriya Ambulance Service.

Mr Baglay said Foreign Minister S Jaishankar was made aware of the impending shortage of medical supplies facing the Foundation during his visit to Suwaseriya headquarters in Colombo in March.