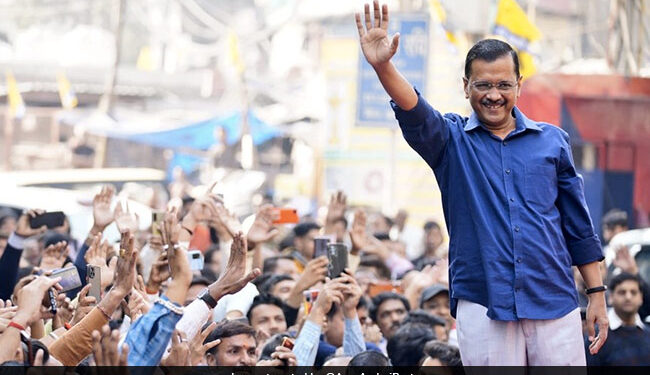 Gopal Rai said that in the second phase, AAP would start the campaign of ‘Kejriwal ki sarkar, Kejriwal ka purpleshad’

Guitar and magic shows, 1,000 street rallies by star campaigners and street plays are some of the events planned by the Aam Aadmi Party (AAP) to impress voters ahead of the Municipal Corporation of Delhi polls, during the second campaign phase from Wednesday .

Delhi AAP consultant Gopal Rai said on Tuesday that the first phase of the campaign was about how Chief Minister Arvind Kejriwal improved schools and hospitals in the metropolis.

“Similarly, the level of work will be the same when the AAP comes to power in the MCD,” Rai said at a news conference.

In the first phase, the party had launched the theme ”MCD” Mein Bhi Kejriwal” (Kejriwal even in the MCD), under which all candidates staged marches in different booths and campaigned door to door.

Mr. Rai said that the AAP is in the second phase of the campaign of ”Kejriwal ki sarkarKejriwal ka purplehad” (Kejriwal’s Government, Kejriwal’s Councilor).

“From tomorrow, the party’s campaign will gain momentum. Our star campaigners hold 1,000”nukkad sabhas‘ (street rallies) until December 2,” he said.

Mr. Rai shared more details about the events and said that Dance For Democracy, the AAP team for flash mob campaigns, would hold cultural events.

“There will also”nukkad nataks‘ (street plays) to spread the message that Mr Kejriwal’s councilors should be elected in the MCD, alongside guitar shows and magic shows,” he added.

The MCD election is scheduled for December 4 and the vote count is on December 7.