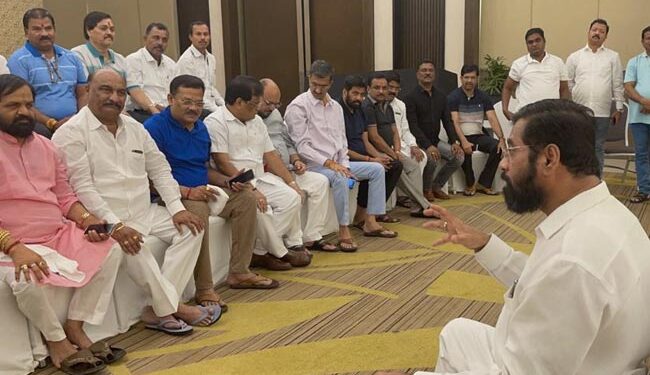 Maharashtra governor Bhagat Singh Koshyari has asked the director-general of the state police to secure the rebel MLAs. This is because the state is witnessing a crisis, which is getting worse by the day, after Shiv Sena’s minister, Eknath Shinde, revolted against his own party and unleashed frenetic political activity in the state.

The governor said in a letter to top agent Rajnish Seth that the MLAs expressed serious concerns about their homes and families after “threatening statements were made by certain political leaders”.

Koshyari said 47 MLAs — 38 from Shiv Sena, two from the Prahar Jan Shakti Party and seven independents — have told him that their families’ police security has been “illegally and unlawfully withdrawn”.

The letter requesting police surveillance follows the Center’s decision to extend security coverage to 15 Shiv Sena rebel MLAs after executives loyal to the Thackerays staged protests that attacked the offices of some rebel MLAs in several parts of the state.