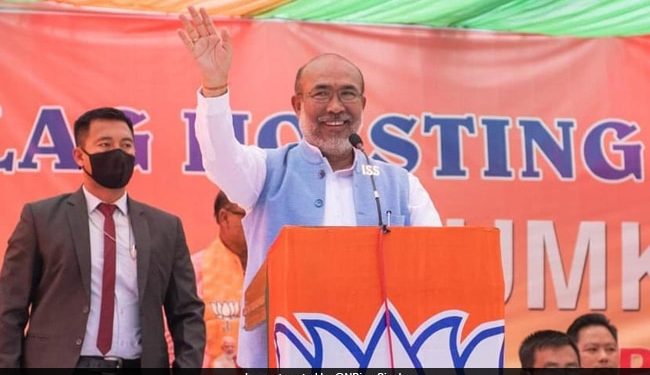 This is his first visit to Delhi after taking the oath as Chief Minister of Manipur for the second term.

After taking the oath, Mr Singh had said that the first task of his government would be to make Manipur a corruption-free state and will work day and night to wash away corruption from the state.

“The next task would be to flush out all drug-related business from the state and thirdly try to ensure that all insurgents operating in the state are brought to the negotiating table and have political dialogues with them,” he added. to.

In particular, the Union Ministry of Interior declared the entire state of Manipur, excluding the areas under the jurisdiction of 15 police stations, as “disturbed area” for a period of six months from April 1, 2022 in the exercise of the powers conferred by Section 3 of the Armed Forces (Special Powers) Act, 1958 (Act No. 28 of 1958).

The Disturbed Area Declaration in all of Manipur (except Imphal Municipality area) has been in effect since 2004.

BJP retained power in Manipur by gaining an absolute majority with 32 seats in the 60-member House in Assembly polls. Singh, along with cabinet ministers Thongam Biswajit Singh, Yumnam Khemchand Singh, Govindas Konthoujam and Nemcha Kipgen, all of the BJP, and Awngbow Newmai of the Naga People’s Front (NPF) took the oath of Governor La Ganesan.

The BJP had formed the previous government in the state with the support of the Naga People’s Front (NPF) and the National People’s Party (NPP) with Biren Singh as Chief Minister.