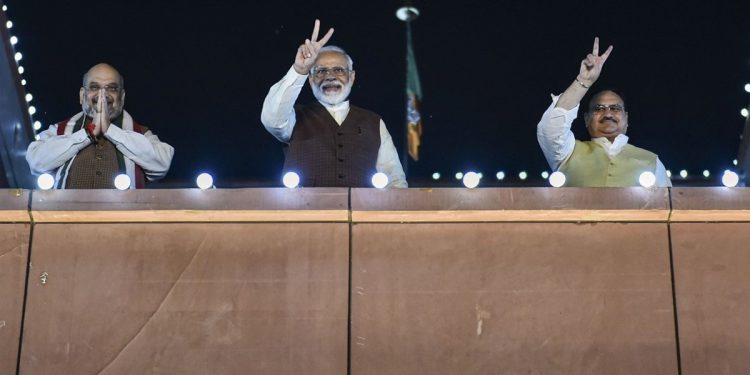 BJP has surpassed the majority with 32 seats in the 60-member state assembly.

Manipur’s next prime minister will be decided along with the state unit by the BJP’s parliamentary council, state party president A Sharda Devi said on Thursday.

The party will be ready once the governor invites the party to form the next government, she said.

BJP has surpassed the majority with 32 seats in the 60-member state assembly.

“As a national party, we have a parliamentary council which, in consultation with the state unit, will decide who will be the next prime minister,” Ms Devi said when asked whether there will be a new prime minister or whether N Biren Singh will remain in office. †

On how long it will take for the party to make a decision, she said: “As a rule, the governor will invite the winning party as soon as the full results are known. So the process of government formation will take place and other processes will follow and by then shall we be ready.” Earlier in the day, Ms Devi said the BJP’s impressive showing in the parliamentary elections in Manipur is a reflection of the people’s acceptance of the party and its administration.

She was enthusiastic about the BJP’s victory and said that the party will not only be able to achieve its goal of winning on its own, but also defeat great personalities of rival parties.

“This time we have been able to do well in areas where we have not won before. The party has won a lot in pockets that are considered strongholds of the Congress. It shows that the people of Manipur are supporting us and the administration that we have have accepted,” she told PTI in an interview.

Aside from aiming for more than 40 seats, Ms Devi claimed: “We also planned to defeat major opponents from other parties in this election. I believe we achieved that goal as well.” She also said that local parties such as the NPF and NPP have suggested supporting the BJP.

On what message she would like to send to the congress, which has only three seats in charge, the BJP leader said it is the people of Manipur who will decide the future, growth and development of the state and elected political leaders should just follow their orders.

“Congress should always remember that,” she added.