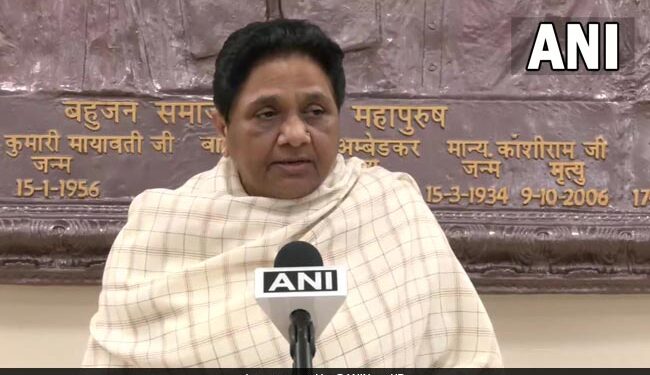 Mayawati said the BJP would have to change its narrow mindset to allow the youth to sell ‘pakoras’. (File)

Amid ongoing unrest among job-seekers in Uttar Pradesh and Bihar, Mayawati, head of the Bahujan Samaj Party (BSP), accused the BJP on Thursday of having a narrow-minded mindset to sell the youth”pakoras“.

“There has been a huge uproar in Uttar Pradesh and Bihar over UPTNT and now Railways RRB-NTPC results. This is proof of the failure of governments. Beating up poor and unemployed youth for protesting and playing with their future is totally unjust,” she wrote in a tweet in Hindi.

“Poverty and unemployment have reached their peak due to the wrong policies of the government. Government jobs and reservation facilities have become secondary. In such a situation, it would be unfair to go without exams for years even for small government jobs. BJP should change its narrow-minded mentality to let the youth sell ‘pakoras’ (snacks),” she added.

Mayawati apparently referred to Prime Minister Narendra Modi’s comments during an interview with a TV news channel in 2018 that the sale pakoras is also a form of employment and can be seen in the light of “job creation”.

Meanwhile, the railways on Wednesday suspended exams for non-technical popular categories (NTPC) and Level 1 after candidates in some states were frantic over alleged irregularities in the process, while Minister Ashwini Vaishnaw urged them not to destroy public property and assured of redress of their grievances.

On Tuesday, the Railways had issued a general notice warning its job candidates that those involved in vandalism and illegal activity while protesting would be barred from ever being recruited to the railways. This happened a day after protesters crouched on railway tracks in several places in Bihar.

Congress general secretary Priyanka Gandhi Vadra had also condemned the “repression” of candidates and urged the government to find a solution to their problems through dialogue.