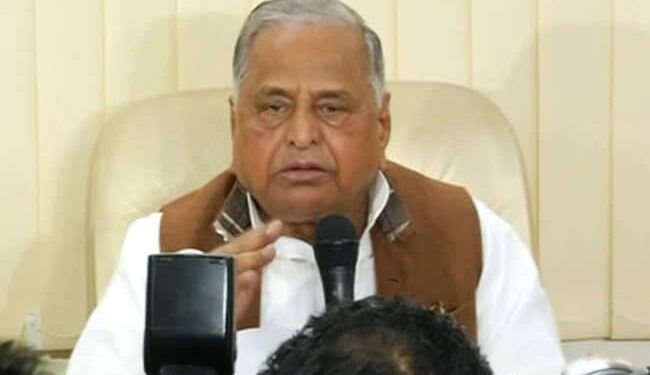 The 82-year-old SP leader was admitted for several days. (File)

The 82-year-old SP leader was admitted for a few days, but was transferred to the IC on Sunday after his condition deteriorated.

Meanwhile, Akhilesh Yadav left Lucknow for Delhi as soon as he got the news of his father’s health.

Mulayam Singh, referred to as Netaji, founded the Samajwadi Party. He currently represents the Mainpuri constituency in the Lok Sabha.

Earlier, Sadhna Gupta, wife of the patriarch of the Samajwadi party, died in July this year.

She was treated at a private hospital in Gurugram for a lung infection.

Sadhana Gupta was the second wife of Mulayam Singh Yadav. His first wife, Maalti Devi, died in 2003. Maalti Devi was the mother of Akhilesh Yadav.