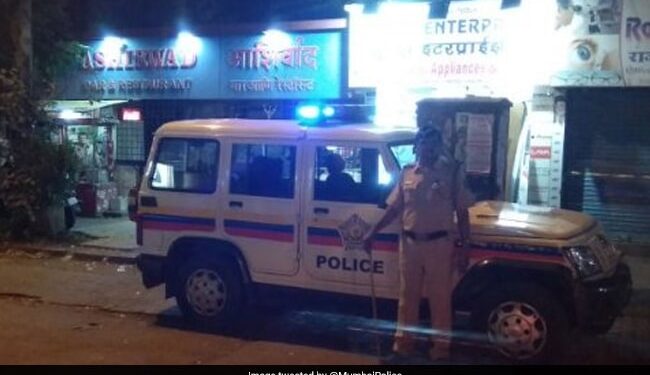 The man and his valet, 25, were arrested by Juhu police for the murder. (representative)

Mumbai Police have arrested a man along with his servant for killing his 74-year-old mother by hitting her head multiple times with a baseball bat over a property dispute before dumping her body in the river in neighboring Raigad district, said an official.

The 43-year-old man and his valet, 25, were arrested by Juhu police for the murder of Veena Kapoor.

“On Tuesday evening, Kalpataru Society security supervisor approached Juhu Police and said that the woman was missing. Based on the complaint, the police launched an investigation. The location of her cellphone was found near her building, while hers son was in Panvel,” he said.

The next day, her son and his servant were taken to the police station.

During interrogation, he revealed that he killed his mother in a fit of rage after hitting a baseball bat on her head several times. He told them there was a property dispute going on between them that led him to commit the crime and dumped her body in a river near Matheran in Raigad district,” the official said.

The woman’s oldest son lived in the US, police said. “A case against the duo has been registered under relevant sections of the Indian Penal Code (IPC), including 302 (murder) and 201 (which has caused the evidence of a crime to disappear), and further investigation is underway,” added the officer to it.