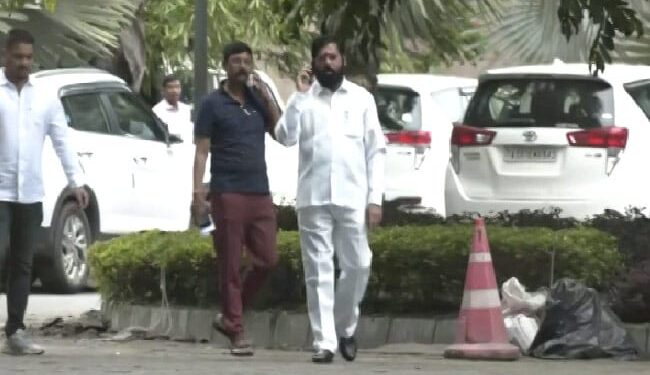 Shiv Sena rebel Eknath Shinde has stated today that he will go to Mumbai and “take further Balasaheb Thackeray’s legacy” as he spoke to reporters outside a hotel in Guwahati where he and other rebels stayed for a week.

“I have 50 people with me in Guwahati, they have come of their own accord and for Hindutva. We are all going to Mumbai soon,” Shinde told reporters.

According to reports, Shinde could fly to Mumbai or Delhi to launch the next act of his rebellion – claiming power.

Yesterday, the rebels were given until July 12 to respond to messages disqualifying them.

Mr Shinde reportedly consulted lawyers to discuss the possibility of a floor test at the Maharashtra meeting.