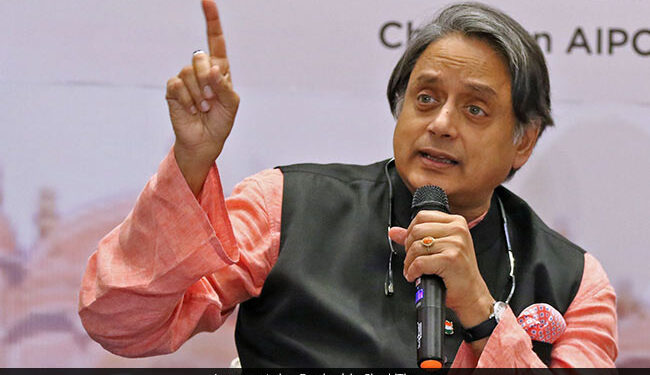 Senior Congress leader Shashi Tharoor on Tuesday condemned the murder of a tailor in Udaipur and said the killers should be given “exemplary punishment”.

Two men with a cleaver killed a tailor in Udaipur and posted videos online saying they avenged an affront to Islam.

On Twitter, Mr Tharoor said: “I unreservedly condemn the horrific beheading of shopkeeper Kanhaiya Lal in Udaipur by two Muslim youths, who then posted a horrific video of the murder on social media.” Intolerance and violence have no place in our society, Mr Tharoor said, adding that swift action “must and will be taken”.

“The killers must be given exemplary punishment. No one should have the illusion that they can get away with such crimes, whatever the reason,” he said.

Mr Tharoor also urged social media companies to remove the video so as not to fuel the passions.

The police must also take action against the instigators, said the MP from Thiruvananthapuram.

Two men, identified as Riaz Akhtari and Ghouse Mohammad, have been arrested for the murder.

In a music video, Akhtari stated that they had beheaded the man and threatened Prime Minister Narendra Modi, saying their knife will take him too.

Indirectly, the attackers also referred to Nupur Sharma, the BJP leader who has been expelled from the party for making a comment about the Prophet Muhammad.

Kanhaiya Lal, the tailor, was recently arrested by the local police following some comments made by him on social media.