My government is committed to the overall development of Maharashtra: Eknath Shinde 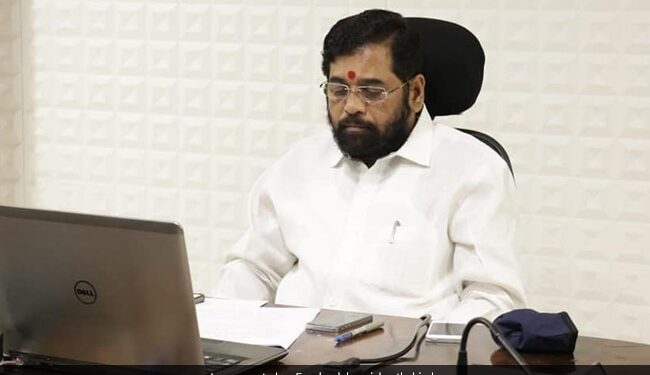 Eknath Shinde said that he is a “Sevak” of the Maharashtra people.

Maharashtra’s chief minister, Eknath Shinde, said on Wednesday that he was a “sevak” and that his government is committed to the overall development of the state and the well-being of its citizens.

Mr Shinde also said that the decisions being made now for the good of the people should have been made two and a half years ago, but since that has not happened, 50 MLAs had to unite and take a stand.

He referred to the announcement Tuesday made by Shiv Sena, President Uddhav Thackeray, about his party’s support for National Democratic Alliance presidential candidate Droupadi Murmu.

Mr Shinde was in touch with reporters at the city’s Anand Ashram after paying tribute to the late Shiv Sena leader and his mentor Anand Dighe on the occasion of Guru Purnima.

When asked about NCP President Sharad Pawar’s recent comment that he wanted the Shiv Sena, NCP and Congress to jointly contest the future elections as the Maha Vikas Aghadi (MVA), the Prime Minister said: “Pawar is a great leader. The 50 MLAs, who are in my camp and with the current alliance (with the BJP), we all strive for the development of the state. That’s why we don’t want to get into politics. “My government wants to make sure that the lives of the people of the state are improved. The citizens must feel that it is their government. I am a ‘sevak’ (servant) and will remain so until the end. I will walk the path shown by the late Shiv Sena supremo Bal Thackeray and Anand Dighe by following their principles,” he said.

“The decisions that are meant for the good of the people, which are being made now, should have been made two and a half years ago. But because they didn’t, the 50 MLAs had to unite and take a stand. We’ve made this decision now.” , he said.

Mr Shinde referred to the uprising in the Shiv Sena led by him last month. A majority of the Sena MLAs had sided with him, leading to the collapse of the MVA government led by Uddhav Thackeray. Shinde became the prime minister a day after Thackeray resigned from the top position on June 29.

“The stance of the 50 MLAs has received an overwhelming response from across the state. Even during my recent visit to Pandharpur, where 10 lakh people had gathered to mark Ashadhi Ekadashi, I received a rousing reception. I moved freely under the people and they gave me love,” he added.

The rebel camp’s stance was welcomed by the party’s office holders, corporators and everyone else, he claimed.

“Even today, Sena companies from Ulhasnagar have supported us, and the situation is similar in Nashik and Ahmednagar, etc,” he said.

When asked whether the expansion of his cabinet would take place after July 18, he replied in the affirmative, but declined to elaborate.

Mr Shinde also evaded any direct response to a question about Shiv Sena MP Sanjay Raut’s statement that his party’s support of Murmu does not mean he supports the BJP. NDA on the presidential election.