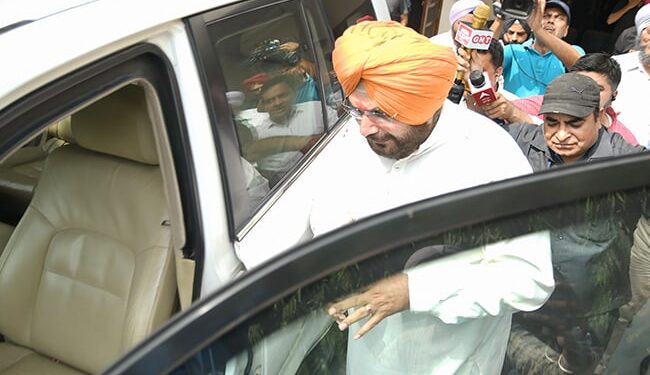 On Thursday, the Supreme Court ordered a year of “severe imprisonment” for Navjot Sidhu

Congress leader Navjot Singh Sidhu today requested a few more weeks to surrender on health grounds, a day after the Supreme Court sentenced him to a year in prison in a road accident that killed a man 34 years ago.

Attorney Abhishek Manu Singhvi, who appeared before Navjot Sidhu in the Supreme Court, was told by Judge AM Khanwilkar to approach India’s Chief Justice NV Ramana.

Sidhu had tweeted yesterday after being ordered to “submit to the majesty of the law”. This morning, reports had suggested that he would surrender to a court in Patiala in Punjab.

On Thursday, the Supreme Court ordered a year of “severe jail time” for the cricketer-turned-politician who recently stepped down as head of the Punjab congress after his party’s defeat in the state elections.

Speaking to Sidhu’s request for time, Punjab’s counsel said, “34 years doesn’t mean the crime dies. Now that the verdict has been handed down, they want another three to four weeks.”

Mr Singhvi replied, “I say I will surrender. It is your discretion to consider.”

Judge Khanwilkar said, “Put a formal request and we’ll see. File it and mention it to the Chief Justice’s court, then we’ll see.”

The Supreme Court yesterday ruled on a petition from the family of a man who died after a brawl with Mr Sidhu and his friend in 1988. The family had asked for a tougher sentence and a review of a Supreme Court order issued. 2018 to acquit him of murder.

On December 27, 1988, Mr Sidhu got into an argument with Gurnam Singh, a resident of Patiala, over a parking lot. Sidhu and his friend, Rupinder Singh Sandhu, allegedly dragged Gurnam Singh from his car and hit him. He later died in hospital.

Sidhu was accused by an eyewitness of killing Gurnam Singh with a blow to the head.

In 2018, the Supreme Court ordered Mr Sidhu to pay a fine of Rs 1,000 for voluntarily hurting a person.

However, the court, which is reviewing its own order, said it considered it “appropriate” to incarcerate Mr Sidhu and said “some aggravating guilt” should be imposed if a person dies.

“In addition to the fine imposed, we consider it appropriate to impose a prison sentence of one year unconditionally in prison,” according to the Supreme Court.

Sidhu was acquitted by a local court in 1999 for lack of evidence, but in 2006 was convicted of culpable homicide by the Supreme Court and sentenced to three years in prison.

Sidhu had appealed to the Supreme Court, which reduced his sentence and dismissed the case after ordering the former cricketer to pay a fine, saying the incident was 30 years old and Mr Sidhu had not used a weapon.

But the victim’s family asked for a review of the 2018 verdict.

“A disproportionately light sentence humiliates and frustrates a crime victim when the perpetrator goes unpunished,” the Supreme Court said.