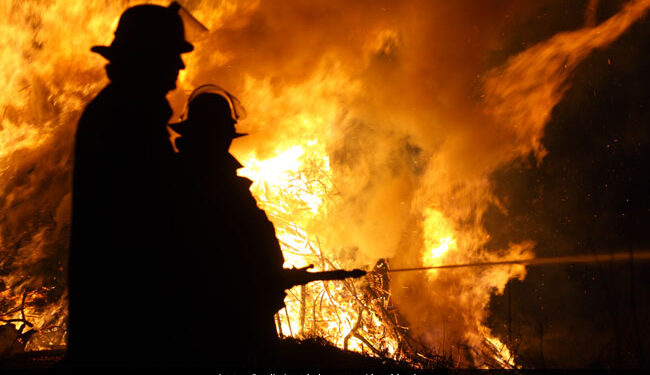 Fire in Pakistan: However, no causes have been reported after the incident. (representative)

A massive fire broke out at a popular Sunday Bazaar in Pakistan’s capital Islamabad on Wednesday, burning nearly 300 shops and stalls.

The fire started near Gate No. 7 of the bazaar, where second-hand clothes and carpets are sold, according to several media reports.

Officials said 10 fire engines fought for hours to put out the fire. They were helped by two Pakistan Air Force fire engines.

However, no causes have been reported after the incident.

The size of the fire was so great that it quickly engulfed stores and burned more than 300, media reports said.

Home Minister Rana Sanaullah Khan took note of the incident and requested a report from the district administration and directed the deputy commissioner to monitor the rescue operation.

All routes to the bazaar have been closed by the police. Via Twitter, Islamabad Police informed citizens to keep the adjacent section of Srinagar Highway clear and to cooperate with the rescue agency.

It added that traffic has been diverted to 9th Avenue.

The bazaar in the G-9 area of ​​the city has a history of fire outbreaks. In October 2019, more than 300 stalls went up in flames in an early morning fire.

In July 2018, at least 90 shops and stalls in the clothing and hosiery department were set on fire in a fire. A year earlier, in August 2017, a fire broke out in sections E and F of the bazaar after a solar-powered battery exploded in a hosiery stall.

Established in 1980, Sector H-9 weekly bazaar occupies 25 hectares of land with a capacity for 2,760 stalls and shops. The bazaar is held three times a week on Tuesdays, Fridays and Sundays, but is known locally only as Sunday Bazaar.

It is frequented by both the rich and the poor of the city as a place for groceries, fruits, vegetables, second hand clothes, carpets and various other items of daily use.