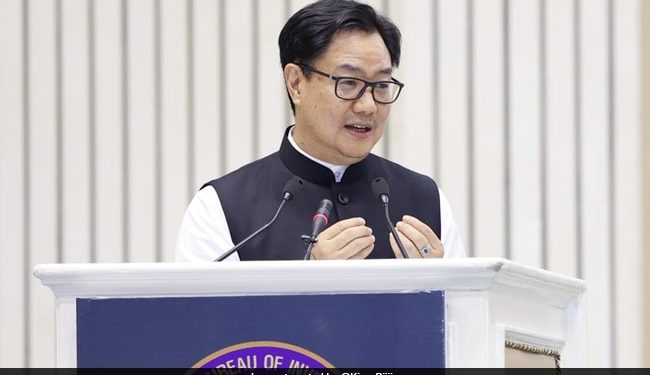 “I have never seen a political party in India more communal than Congress party. There is no difference at all between Congress party and Muslim League or Majlis-E-Ittehadul Muslimeen,” tweeted Mr Rijiju.

Earlier in the day, Rahul Gandhi had responded on Twitter to the BJP government’s demolition, saying the party should “inflate the hatred in their hearts instead”.

“This is a destruction of India’s constitutional values. This is a state-sponsored attack on the poor and minorities. The BJP should instead destroy the hatred in their hearts,” Gandhi tweeted.

Previously, the Bharatiya Janata Party-ruled North Delhi Municipal Corporation (NDMC) had planned an “encroachment removal action program” that would require the removal of illegal construction in the Jahangirpuri area.

Later on, the Supreme Court on Wednesday asked the Registry to pass the status quo injunction to the Mayor of North Delhi Municipal Corporation, the North DMC Commissioner and the Delhi Police Commissioner and halted the demolition.

Earlier, on April 16, an altercation broke out between two groups during a religious procession in Delhi’s Jahangirpuri, in which nine people were injured, including eight police officers and a civilian.