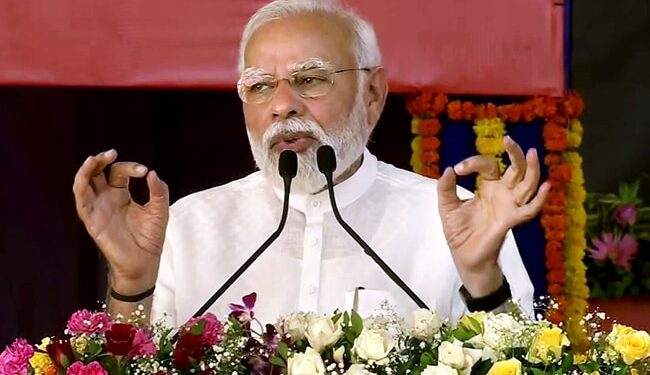 Prime Minister Narendra Modi said today that he has spared no expense in serving the country over the past eight years, and that he has not done any work that would make people hang their heads in shame.

Prime Minister Modi addressed a rally following the inauguration of a 200-bed multi-specialty hospital in Atkot town in the Rajkot district of Gujarat.

“I have spared no expense for the past eight years in my service to the nation. I have never permitted, nor personally done, any work that will make you or even any person in India hang their head in shame,” he said.

“Over the past eight years, we have made honest efforts to build the kind of India that Mahatma Gandhi and Sardar Patel dreamed of,” he added.

During this period, the government has been working on raising the poor, the prime minister said.

“We have served the country’s poor through various pro-poor schemes and tried to make their lives better,” he said, adding that during the COVID-19 pandemic, the government has opened up food grain stocks for the poor and also every citizen has vaccinated.