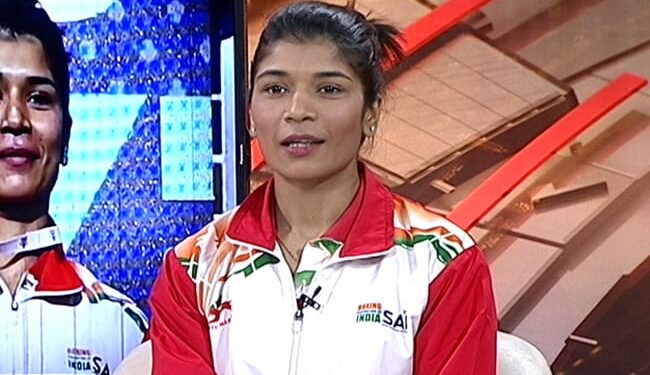 Nikhat Zareen said she had no problem with people wearing hijabs.

World boxing champion Nikhat Zareen weighed in on the smoldering controversy on Monday over Muslim girls wearing the hijab in schools and universities, saying that their clothing was completely the subject of their choice.

“But if they want to wear a hijab and follow their religion, that’s their personal choice. I have no problem with them wearing a hijab. After all, it’s their choice. I’m fine with that,” said Nikhat Zareen.

The controversy surrounding the hijab – the headscarf worn by some Muslim women – emerged in Karnataka late last year after some right-wing groups objected to girls taking classes in hijabs.

The case spread across the state and beyond, culminating in a legal clash after the Karnataka government banned clothing “that disrupts equality, integrity and public order”.

The Karnataka High Court upheld the ban in March, ruling that wearing hijabs is not an essential religious practice that can be protected under the right to freedom of religion. The order has been challenged in the Supreme Court.

Along with controversies over halal meat and protests against Muslim vendors outside Hindu temples, the hijab row was one of a series of clashes that flared up in BJP-ruled Karnataka ahead of the election.

The controversies, coupled with an alarming number of communal clashes in recent months and public events of blatant hate speech, have been criticized by the opposition and activists as attempting to sow religious divisions for electoral gain.