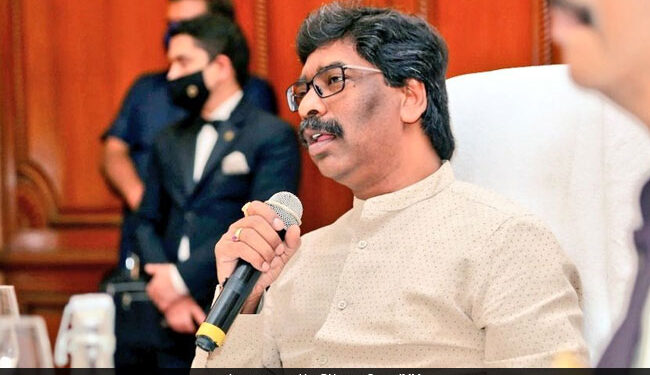 BJP, the petitioner in the case, asked for Hemant Soren’s disqualification for “violation” of electoral law

The Election Commission has sent its advice to Jharkhand Governor Ramesh Bais with a plea to disqualify Prime Minister Hemant Soren from MLA for “violating electoral law” by allegedly renewing a mining lease to himself, sources said today.

The election commission’s advice was sent to the Jharkhand Raj Bhavan in a sealed envelope this morning, sources told Press Trust of India.

The governor of Jharkhand had referred the matter to the polling station.

The Bharatiya Janata Party or BJP, the petitioner in the case, has requested Hemant Soren’s disqualification for “violation” of Section 9-A of the Representation of the People Act, 1951, which deals with disqualification from government contracts.

In accordance with Article 192 of the Constitution, if a question arises as to whether a member of a House of the Legislature of a state is subject to any of the disqualifications, the question is referred to the governor whose decision is final.

“Before making a decision on such an issue, the governor shall seek the advice of the Election Commission and act upon that advice,” it said.

When dealing with such cases, the polling station acts as a quasi-judicial body.