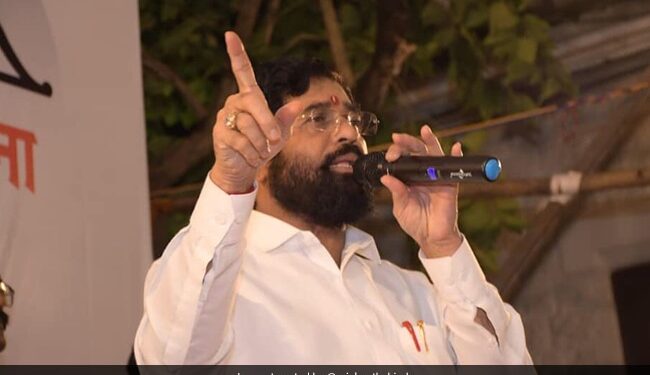 Chandrakant Patil said the decision has been made to send the right message. (File)

Maharashtra BJP chief Chandrakant Patil said on Saturday that the party has decided with a heavy heart that rebel leader Shiv Sena, Eknath Shinde, should become the state’s chief minister instead of Devendra Fadnavis.

The decision was made to send the right message, he said, speaking at a meeting of the BJP state executive committee in Panvel, near Mumbai.

The BJP, the largest single party in the Maharashtra assembly, surprised on June 30 when it announced that Mr Shinde, who had split the Sena and overthrew the government of Uddhav Thackeray, would become the prime minister.

“We needed to provide a leader who would deliver the right message and bring stability. The central leadership and Devendra-ji decided with a heavy heart to support Eknath Shinde as Chief Minister. We were unhappy, but decided to accept the decision.” said Patil. said.

After Uddhav Thackeray’s government collapsed due to the uprising of a group of 40 Shiv Sena MLAs led by Mr Shinde, Mr Fadnavis was expected to become the prime minister.

But Mr Fadnavis announced that Mr Shinde would lead the new government.

Mr Fadnavis, a former Chief Minister, also said he would remain out of government but within hours, BJP President JP Nadda announced that Mr Fadnavis will be sworn in as Deputy Chief Minister.

Meanwhile, when asked about Mr Patil’s comments, BJP state leader Ashish Shelar told reporters that it was not the party’s position or Mr Patil’s position, but that he expressed the feelings of ordinary workers. expressed.