“One Shashi Tharoor is not a Congress”: Public Warning Kerala Colleagues 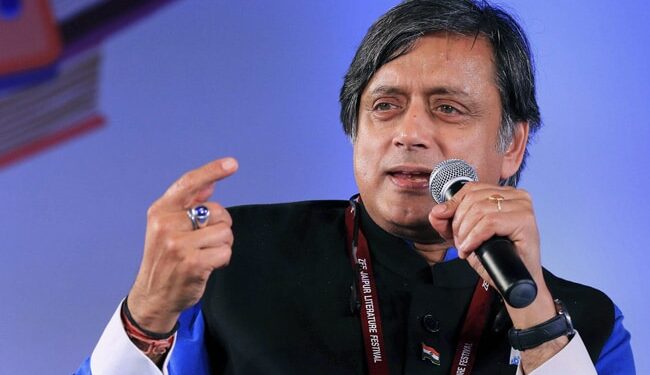 Congress versus Congress has resurfaced in Kerala, with the party’s head of state issuing a stern, and very public, warning to his own MP, Shashi Tharoor.

Kerala leaders are angry that Shashi Tharoor has failed to sign the opposition’s petition to the K-Rail (Kerala high-speed train) project. Sources said the MP had said he needed more time to study it.

“Whether it’s Shashi Tharoor or K Sudhakaran, no one has given party MPs the right to oppose party decisions. A Shashi Tharoor is not a congress,” he told reporters.

Earlier this month, Mr Tharoor had defended his decision not to put his name on the petition yet.

“There is no room for any misunderstanding. I have not supported this project. When such a big problem comes, we have a responsibility to discuss it in detail. It is not about opposition, it is about posing the important questions,” said the Congress MP had told reporters in parliament on December 15.

The K-Rail Silverline project aims to establish a high-speed train corridor that will connect one end of Kerala to the other and greatly reduce travel time. The 532 km long corridor is likely to cost Rs 63,941 crore.

Congress and activists have objected to the project, saying it will cause massive damage to the ecology and is too expensive. Front left ally CP has also demanded that the detailed project report be made public.