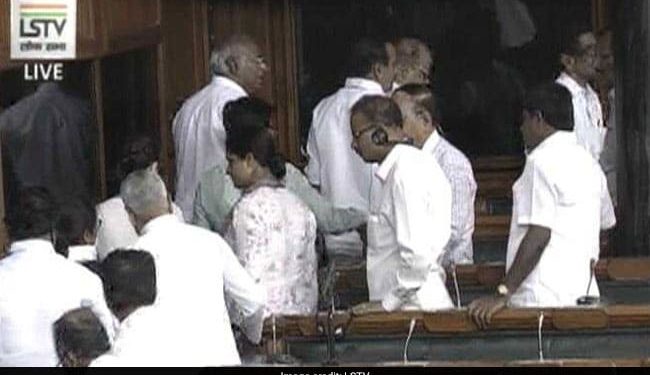 The members shouted slogans as they raised slogans and carried placards.

Opposition members, including those from Congress and the Congress of Trinamool, marched out of the Lok Sabha on Thursday to protest the continued rise in fuel prices.

Petrol and diesel prices were increased by 80 paise per liter on Thursday, bringing the total price increase over the past 10 days to Rs 6.40 per liter.

As soon as the House met, opposition members started protesting the rise in fuel prices, demanding that it be withdrawn.

Members raised slogans and carried placards and shouted slogans against the Modi government for its alleged “anti-popular” policies.

However, Speaker Om Birla said that in the past he had given them the opportunity to raise the issue four times in this session and that therefore they should go back to their seats and participate in the proceedings.

The opposition members ignored the president’s plea and continued their protest.

In addition to Congress and Trinamool Congress, there were DMK, CPI, CPI-M and TRS members among others who took part in the protests.

After nearly 30 minutes, some members, including Congress and Trinamool Congress, went out in protest.

This is the ninth price hike since the end of a four-and-a-half-month pause in the rate reset on March 22.

In total, petrol and diesel prices have increased by Rs 6.40 per liter each.