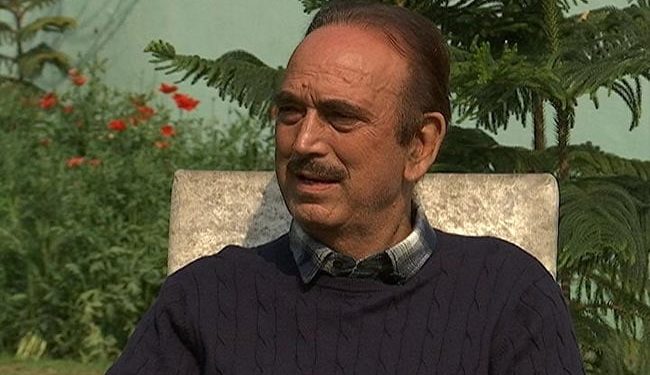 Ghulam Nabi Azad said it is “absolutely wrong” to link terrorism to any particular religion. (File)

In a clear reference to “The Kashmir Files,” senior congressional leader Ghulam Nabi Azad said on Sunday that every citizen of Jammu and Kashmir has been affected by Pakistan-sponsored terrorism that has lasted more than three decades.

He said it is “absolutely wrong” to link terrorism to any particular religion.

‘The Kashmir Files’, a film based on the 1990 exodus of Kashmiri migrant pandits from the valley, has since sparked polarized views from the public, even giving rise to incidents of shouting communally charged slogans in movie theaters.

“Pakistani-backed militancy has brought death and destruction and is responsible for all bad things,” Azad said during a speech organized by Jammu’s civil society to honor him for his Padma Bhushan Prize.

“Many were killed, thousands of women were widowed and thousands of children were orphaned – they targeted everyone – Muslims, Hindus, pandits and did not even spare religious places,” he said.

Mr Azad said 90 percent of the evil in society is due to the politicians dividing the people for their vote bank, and expressed doubts whether a political party can bring about a change.

He asked civil society to take the lead and mobilize people against injustice or oppression.

The former JK Chief Minister said Jammu’s emergence as a cosmopolitan city was the only positive from the impact of violence.

“Jammu is the only place where the people of all 22 districts of J&K and Ladakh live,” he said, adding that Kashmir has no such advantage even though it maintained its secular credentials despite militancy.

Mr Azad said he had delivered more than 1.5 lakh public speeches in the past 47 years of his political career, but “I will not be making a political speech today because politics in the country has been degraded so much, I have been forced after to think if we are humans.”

Mr Azad recalled the Mahatma Gandhi and said, “a true follower of a religion is the greatest secular one like Gandhi while a pretender is very dangerous”.

He also warned against the divisive rhetoric of politicians.

“Civil society must take its own responsibility and contradict the narrative of the political parties, be it my party or any other party, who are involved 24×7 in dividing people.

“I’m not going to forgive anyone. You have to lead and guide the people and let them decide who they vote for,” he said.

He cited the Kathua rape incident as an example of the unity of the country and said everyone was demanding justice for the girl, regardless of their religion.

The congress leader also shared his views on the recently concluded Punjab elections, saying that SAD patriarch Parkash Singh Badal, 95, should not have fought the election.

During his speech, Mr Azad reaffirmed his full support for the members of civil society who attended the event.

“We need to work together to make J&K a paradise again,” he said.