Pakistan has no right to comment on PM Modi’s J&K visit: India strikes back 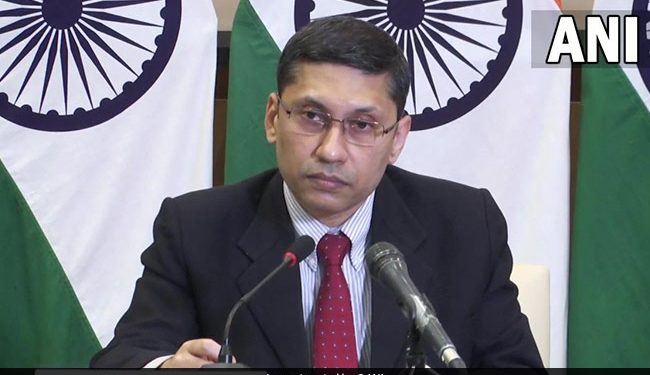 Pakistan has no legal standing to comment on the trade union-related matters, India said.

India on Thursday criticized Pakistan’s comments about Prime Minister Narendra Modi’s visit to Jammu and Kashmir, saying Islamabad has no procedural rights to comment on the matters pertaining to union territory.

Responding to questions about Pakistan’s comments during the regular media briefing, Foreign Ministry spokesman Arindam Bagchi said the reception the Prime Minister received and the changes that have taken place on the union’s grounds are a very clear answers to all questions raised about the visit.

He also took a look at Pakistani Prime Minister Shehbaz Sharif and called the visit “staged”. †

“I don’t understand the word staged. It seems to indicate that the visit did not take place and we are trying to show that it did,” he said.

“I think it’s pretty clear that the reception he (Prime Minister Modi) got and the images you saw and the development projects he inaugurated and the changes that have taken place on the ground is a very clear answer to all the questions that can about the Prime Minister’s visit about it Anyway I don’t think Pakistan has a place to talk about it… it from its perspective of what is happening in Jammu and Kashmir but I replied in the context of whether someone doubts the visit itself,” he added.

PM Modi visited Jammu and Kashmir on Sunday to participate in the celebration of National Panchayati Raj Day and addressed all gram sabhas across the country.

It was his first major visit to Jammu and Kashmir after the repeal of Article 370. He opened and laid the groundwork for multiple development initiatives worth Rs 20,000 crore in the union territory.