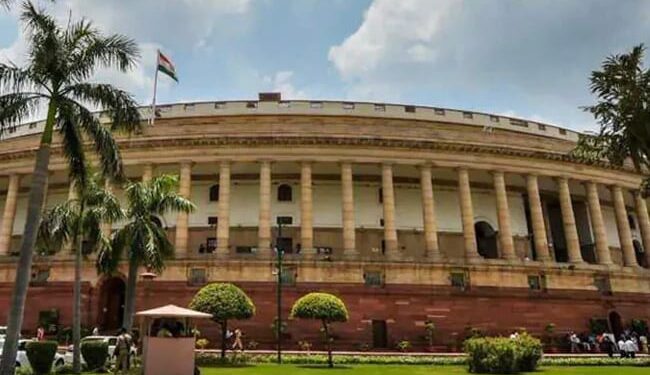 Prime Minister Narendra Modi is also likely to interact with the media today.

The winter session of parliament begins on Wednesday. The session lasts a total of 17 working days.

Prime Minister Narendra Modi is also likely to interact with media ahead of the first day of parliament’s winter session.

The winter session of parliament begins today and lasts until December 29. The session was also delayed for a month due to Gujarat’s election manifesto.

The Lok Sabha will pay tribute on the first day to members who have passed away during the period between sessions.

Mulayam Singh Yadav, Patriarch of the Samajwadi Party, who passed away in October after a long illness, will be one of the deceased members to be remembered.

This will be the inaugural session where Vice President Jagdeep Dhankar will lead the proceedings in the Rajya Sabha as ex-officio Speaker of the Upper House.

The Geographical Indications of Goods (Registration and Protection) Act (Amendment), 2022 aims to amend the parent law to simplify some procedures to be more accessible to maximum stakeholders.

The North East Water Management Authority Bill, 2022 will seek to establish a new entity North East Water Management Authority (NEWMA) by abolishing the existing statutory body i.e. Brahmaputra Board, which is established under the provisions of the Brahmaputra Board Act, 1980, which finally repealed the aforementioned 1980 Act.

The Repeal and Amendment Act, 2022, will attempt to repeal redundant and obsolete laws.

Some of the other bills include the Multi-State Cooperative Societies (Amendment) Bill, 2022 and the National Dental Commission Bill, 2022.

Also on the agenda of the government is the Anti-Maritime Piracy Bill, 2019, which was introduced in Lok Sabha on December 9, 2019 and referred to the Standing Committee on Foreign Affairs. The report was presented on February 11 of this year.

The Anti-Maritime Piracy Act aims to introduce domestic anti-maritime piracy legislation in accordance with the United Nations Convention on the Law of the Sea (UNCLOS) to provide the necessary legal framework in the country for the prosecution of individuals for piracy-related crimes committed on the high seas outside the territorial jurisdiction of India.

Earlier on Tuesday, an all-party meeting chaired by Defense Minister and Deputy Leader of the Lok Sabha Rajnath Singh was held at the parliament building.

Congress raised the issue of price hikes and abuse of central agencies by the incumbent government. Parties also asked for more time for the opposition and that their voices should not be muzzled.

The Biju Janata Dal raised the need to have a discussion about the women’s reservation law. A number of other parties supported this.

The Rajya Sabha Secretariat, meanwhile, has released a code of conduct for its members, one day of the winter session.

The monsoon session of parliament took place between July 18 and August 8.

“Felt sad and hurt, but…”: Sachin pilot to DailyExpertNews on “Gaddar” Jibe