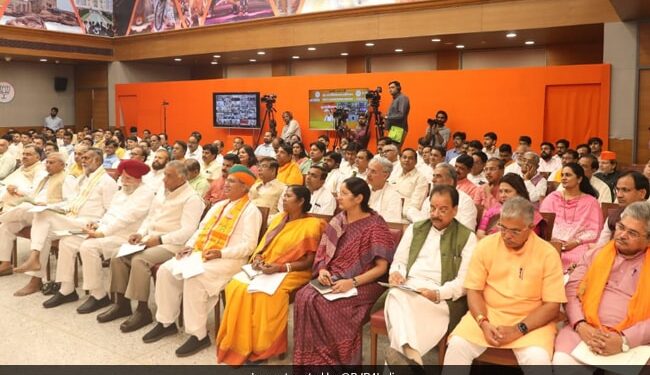 The BJP has drawn up a plan to fight back at least 144 Lok Sabha seats where it lost in the last general election in 2019.

A blueprint for the battle formation was established today at a day-long meeting at the party’s headquarters in Delhi, people with direct knowledge of the matter said.

BJP candidates had secured the second or third position in these 144 seats in the 2019 Lok Sabha elections.

One of the key action items in the BJP’s blueprint to win in these “weak seats” includes sending Union ministers to each of these 144 constituencies and holding regular public briefings, sources said.

Each minister will be tasked with creating the strategy for three Lok Sabha seats from this lot of 144 “weak seats,” they said. The ministers will also stay in these constituencies for three consecutive days.

The BJP wants to communicate effectively on all achievements of the Modi government, including pro-people policies and schemes.

The constituencies to be covered by Union ministers were selected on the basis of the party’s organizational strength and electoral performance. These constituencies are currently represented in Lok Sabha by members of opposition parties.

Health Minister Mansukh Mandaviya will visit Punjab, where the Aam Aadmi party is in power.

The BJP will celebrate eight years of Modi rule from May 30 to June 15 under the theme of “Service, Good Governance and Welfare of the Poor”. The Lok Sabha elections are scheduled for early 2024.