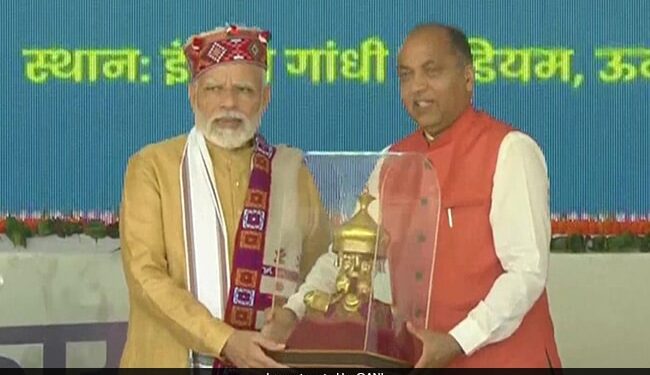 The new Vande Bharat train is a more advanced version as compared to the earlier ones.

The train runs between Amb Andaura in Himachal Pradesh to New Delhi.

The new Vande Bharat train is an advanced version compared to the previous one, much lighter and capable of reaching higher speeds in a shorter time, officials said.

The train runs six days a week except Wednesday, with stops in Ambala, Chandigarh, Anandpur Sahib and Una. It accelerates to 100 km per hour in just 52 seconds. The introduction of the train will boost tourism in the region and provide a more comfortable and faster way to travel.

Earlier, the Prime Minister was welcomed by Chief Minister Jai Ram Thakur upon his arrival at Pekhubela Helipad in Una.

The prime minister will later address two public rallies in Una and Chamba districts, after laying the foundation stone for several projects in the two districts of the constituency. This is the Prime Minister’s ninth visit to Himachal Pradesh in the past five years. Himachal Pradesh will go to the polls later this year.