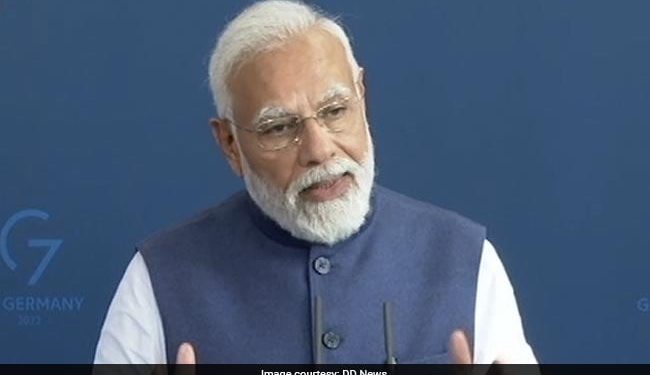 Prime Minister Narendra Modi on Monday highlighted the reforms his government has implemented during his contacts with Indian and German business leaders and urged them to invest in Indian youth.

Prime Minister highlighted the wide-ranging reforms the government has implemented and the growing number of start-ups and unicorns in India,” the Foreign Ministry said in a press release.

He invited the business leaders to invest in the youth of India.

Meanwhile, the Ministry of Foreign Affairs said in a tweet: “Building on our business ties. PM @narendramodi and @Bundekanzler Olaf Scholz are working with top executives from German and Indian companies. Discuss ways to enhance the strength and vitality of the Indo-German economically and commercial partnership.” Mr Modi’s visit comes amid the crisis in Ukraine, which has united much of Europe against Russia.

Building on our business ties.

Discuss ways to foster the strength and vitality of the Indo-German economic and trade partnership. pic.twitter.com/qPY9syUpzh

Earlier, at a joint press event with Scholz, after he co-chaired the sixth intergovernmental consultation between the two nations, Mr Modi said India was concerned about the humanitarian impact of the conflict and had provided aid to Ukraine.