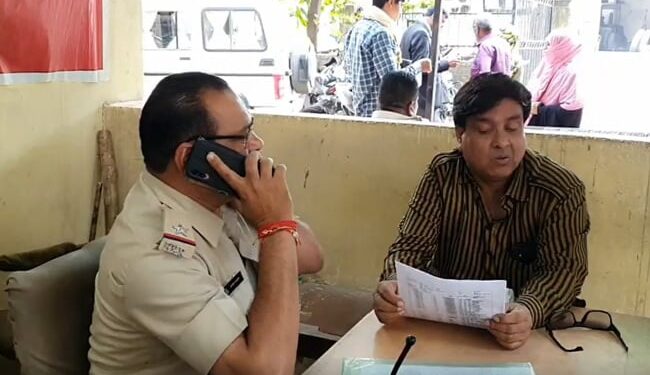 The complaint has been sent to both the state government and senior police officials.

Six years after submitting a written complaint to police in Madhya Pradesh that Prime Minister Narendra Modi had been ill-treated in front of thousands at a rally in Iqbal Maidan in Bhopal, the complainant was called on Wednesday to have his statement recorded.

Shamsul Hasan Balli, who is currently the state president of the Sanukta Sangharsh Morcha, was associated with the Samajwadi party at the time. He had sent his complaint to the state government, as well as senior police officials, along with audio and video evidence.

“Our Prime Minister was assaulted from the podium. No one is greater than the Constitution… he is our elected Prime Minister. Anyone who uses abusive words against him must be dealt with severely. I had filed a complaint with the Governor, DGP (Director General of Police), Chief Minister, Interior Minister at the time, but it took six years for Shyamala Hills’ complaint to reach the police station,” Balli said after recording his statement.

In 2016, the All India Milli Council (AIMC) held its first ever conclave in Bhopal. As many as 300 delegates, including Muslim clerics and intellectuals from all over India, came to the meeting. After the conclave, a public event on ‘Justice, Peace and Our Responsibilities’ was held in Iqbal Maidan on October 29, where thousands had gathered. According to Mr Balli, it was Arif Masood, who is now a congressman, who abused Prime Minister Modi from the podium.

When asked about the delay, BJP spokesman Pankaj Chaturvedi said: “This is an administrative process. The law will take its course. The guilty will be punished. We cannot say that there is negligence just because it has six took years to call the police. complainant.”

Congress spokesman Abbas Hafiz said: “There were dozens of people who shared the stage, but because Arif Masood is an MLA of Congress, he will be targeted. This is just a way to muzzle the opposition’s voice. In 2018, the public will show the BJP the way out. If this revenge policy continues, they will be kicked out again.”