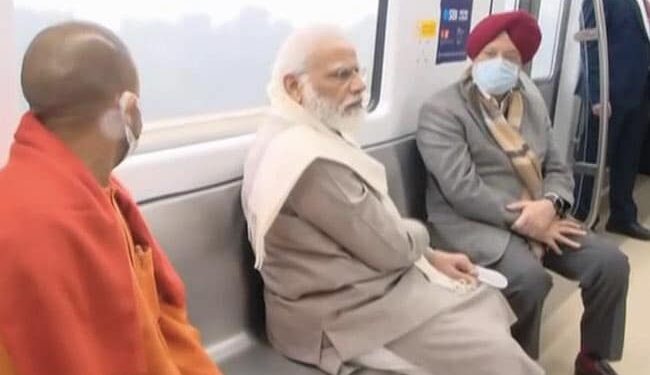 Prime Minister Narendra Modi took a ride on Kanpur Metro after the launch of a new section of the Rs 11,000 crore metro project in the city today. The Prime Minister was accompanied by Chief Minister Yogi Adityanath as he undertook the drive from the IIT metro station to Geeta Nagar.

The entire length of the project in Kanpur is 32 km and is being built at a cost of more than Rs 11,000 crore, according to the Prime Minister’s Office (PMO).

PM Modi will also inaugurate a 356 km pipeline project during his visit to the city.

The Bina-Panki pipeline project has a capacity of approximately 3.45 million tons per year. Stretching from the Bina Refinery in Madhya Pradesh to Panki in Kanpur, the project has been constructed for more than ₹1,500 crore.