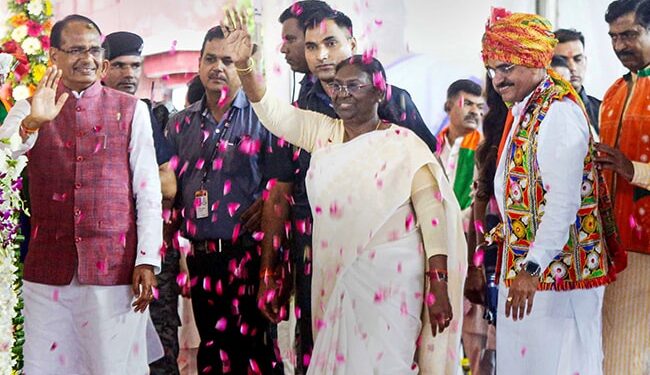 This will be her first visit to a state as President of India.

President Droupadi Murmu will pay a two-day visit to Karnataka from Monday to attend numerous programs.

This will be her first visit to a state as President of India.

According to a statement from the Rashtrapati Bhavan, the president will inaugurate the Mysuru Dasara festival in Chamundi Hills, Mysuru on September 26.

On the same day, she will attend the ‘Poura Sanmana’ congratulation function organized by the Hubli-Dharwad Municipal Corporation in Hubali.

She will also inaugurate the new Indian Institute of Information Technology Dharwad campus in Dharwad.

The president will inaugurate an Integrated Cryogenic Engines Manufacturing Facility of Hindustan Aeronautics Limited in Bengaluru on Tuesday.

During her visit to the state, President Murmu will also virtually lay the foundation stone for the Zonal Institute of Virology (Zone South).

She will honor the inaugural function of St. Joseph’s University on the same day and later attend a civic reception organized in her honor by the Government of Karnataka in Bengaluru.

President Murmu will then return to the national capital on Wednesday, September 28.