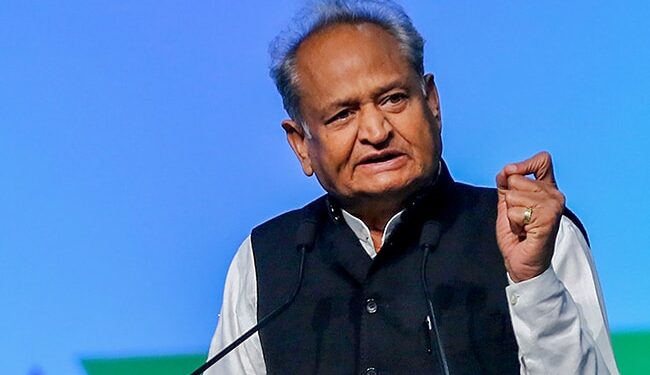 The Prime Minister of Rajasthan, Ashok Gehlot, refuted Prime Minister Narendra Modi’s allegations that he had encountered resistance to the issue of the Sujalam Suflam water canal.

“Prime Minister Narendra Modi’s allegations about moving canals in the state are unfounded. Prime Minister Modi blames me for not stopping the water to Rajasthan. It is for the development of the state, why should I resist?” according to CM Gehlot.

“PM Modi also raised the issue of Sujalam Suflam water canal in 2017. Then CM Vasundhara Raje also wrote the same letter in 2005, I repeated the same. Answers should be asked from her,” he said.

Speaking about the upcoming elections in the state, the Chief Minister addressed the Bharatiya Janata Party (BJP) for anti-incumbency and ignoring issues such as corruption, inflation and unemployment.

“There is so much anti-incumbency from the government and so they are afraid and that’s why BJP is laying the groundwork for so many projects at once. There are so many issues like corruption, inflation, unemployment, roads and legislation and order that needs to be explored,” according to the CM.

Prime Minister Ashok Gehlot expressed grief over the loss of lives in the collapse of the Morbi Bridge in Gujarat and demanded a fair investigation into the matter.

“We have postponed all our programs because of the Morbibut incident. I am sad to see BJP running all their programs. This incident needs to be investigated by SIT under a Supreme Court judge,” he said.

CM Gehlot called the incident of the bridge collapse in Morbi very tragic.

“The government should conduct a fair investigation and find out how the bridge collapsed after it opened a few days ago after renovations and punish the perpetrators. The injured should be treated well and the families of the deceased should be compensated,” he said. he. CM Gehlot.