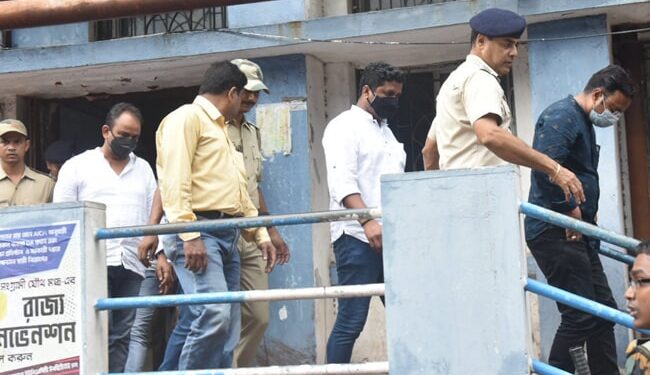 The West Bengal CID raided the home of one of the three arrested Jharkhand MLAs in connection with the investigation into the cash seizure on Wednesday and recovered Rs 5 lakh and an SUV there, a senior officer of the agency said.

A detective team raided Irfan Ansari’s home in Jamtara in Jharkhand and spoke to relatives of the politician.

“This SUV was used to bring Rs 75 lakh in cash from Kolkata. We have CCTV footage of the Lalbazar area of ​​the city. This is part of a larger conspiracy. We also have Rs 5 lakh (in cash) in seized during the raid on Ansari’s residence,” the officer said.

Besides Ansari, West Bengal Police had arrested two other Congressional MLAs – Rajesh Kachchap and Naman Bixal Kongari – on July 31 after taking Rs 49 lakh cash from the car they were sitting in.

After taking over the investigation, the detective arrested businessman Mahendra Agarwal, who allegedly delivered the seized money to the three MLAs.

The Congress, which is part of the JMM-led government in Jharkhand, alleged that the BJP attempted to overthrow Hemant Soren’s government by offering Rs 10 crore each and a ministerial berth to MLAs.

Congress also dragged the name of Assam Chief Minister Himanta Biswa Sarma into the alleged conspiracy, but these allegations were rejected by the BJP, which claimed the big old party tried to hide its own corruption after the money was found.