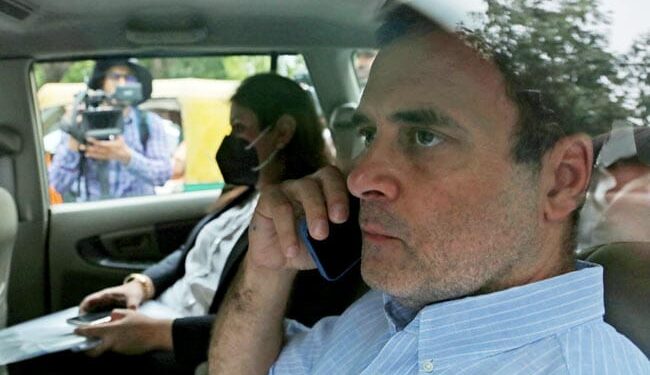 Congress leader Rahul Gandhi will appear before the Enforcement Directorate (ED) for the fourth time today in connection with the National Herald case.

Rahul Gandhi was questioned three times last week and was called up for the fourth round on Friday. However, he wrote to the central agency asking it to be postponed until Monday because he needed to be with his mother and congressional chairperson Sonia Gandhi, who is in hospital for Covid-related issues.

The first three rounds of Mr Gandhi’s questioning had been turned into a show of force by Congress, with party leaders taking to the streets in the national capital and facing arrests.

Here are the updates on round 4 of Rahul Gandhi’s interrogation:

Rahul Gandhi should know that ED is the enforcement directorate, not ‘entitlement request’. Congress’s demand that we are of the first family and how are we being investigated… The SC also told them to go to court: Sambit Patra of BJP on #NationalHeraldCasepic.twitter.com/gOAlbDyKvJ

#WATCH † Delhi: Congress leader Rahul Gandhi arrives at the office of the Enforcement Directorate (ED) for questioning in the National Herald case. Today is the fourth day of his interrogation by the agency. pic.twitter.com/4XHeiqf8Sr