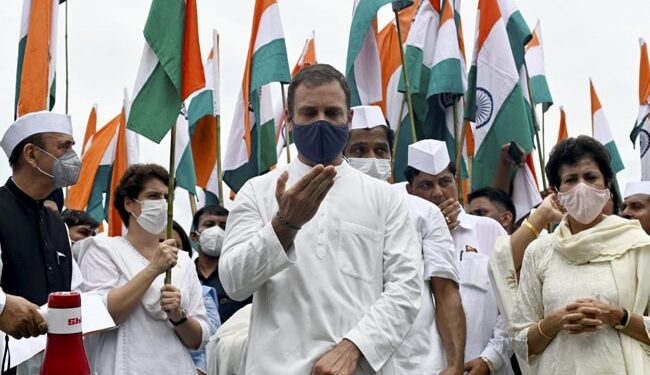 Rahul Gandhi greeted the nation on the occasion of Independence Day earlier today.

Prime Minister Modi said during his Independence Day speech that corruption and favoritism are the twin evils facing India.

“Corruption is as damaging to the country as it is to termites. The country will have to fight it… We have to eradicate corruption,” Prime Minister Modi said.

The prime minister then turned his attention to “Bhai-Bhatijabad, parivarvad”, a slogan often repeated by the BJP during elections to attack the congress.

“The shadow of parivarvad lies on various institutions. Our many institutions which are influenced by family government, it harms our talent, the capabilities of the nation and leads to corruption… We need to develop an intolerance for this to save institutions. the family has nothing to do with the well-being of the nation.Let’s purge Indian politics and institutions from the shackles of parivaarwad,” he added.

The Congress leader greeted the nation earlier today to mark the 75th anniversary of India’s independence.

“To India, our beloved motherland, the old, the eternal and the ever new, we offer our reverent obeisances and recommit ourselves to her service.”

“To India, our beloved motherland, the old, the eternal and the ever new, we pay our reverent honors and recommit ourselves to her service. Happy Independence Day! Jai Hind,” he wrote on Twitter.